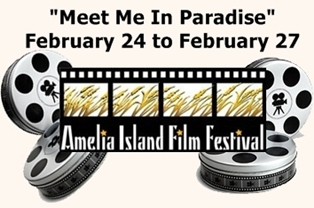 On Saturday, February 26, Director and Actor Keith will present his film Beneath the Blue, in which he plays the role of Hawk. Mr. Keith has been seen in a variety of roles, both on the Large and Small screens, including An Officer and a Gentleman, The Lords of Discipline, The Great Santini, Firestarter & as Elvis Presley in Heartbreak Hotel.

As the Closing Night Screening, Kent Moran will be here to present his film Listen to Your Heart co-starring Cybil Shepherd.

On Wednesday, February 16 as a Pre-Festival Event AIFF in partnership with WJCT PBS Jacksonville studios, they will host the screening of the documentary Freedom Riders. Author Ray Arsenault will be present with one of the actual freedom riders to discussion the making of the film. This screening is free and open to the public.

Freedom Riders will be screened again during the Festival on Saturday, February 26, 2011 at a venue in Historic Downtown Fernandina Beach. In person will be author Arsenault and Paul Taylor, Senior Editor at American Experience, who wrote the original script for Freedom Riders, to discuss the film and the historic events of the Civil Rights Movement that helped integrate public accommodations in the South.

For more information call the Amelia Island Film Festival Hotline at (904) 335-110 or visit their website at www.AmeliaIslandFilmFestival.org.