Vic Elford has agreed to be the honoree for the 17th Annual Amelia Island Concours d'Elegance scheduled for March 9-11, 2012. 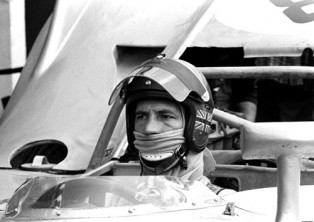 Road racing is again the star at next year’s Amelia with the announcement that rally and sportscar pilot Vic Elford has agreed to be the honoree for the 17th Annual Amelia Island Concours d’Elegance scheduled for March 9-11, 2012, at The Golf Club of Amelia Island at Summer Beach. Dubbed “Quick” Vic by his contemporaries, Elford was one of racing’s most successful drivers in the 60s and 70s.

“Vic is definitely one of the most versatile drivers ever,” says Bill Warner, Concours founder and chairman. “You hear that word used to describe a lot of drivers, but it really suits him perfectly. He was a rally champion and a road racing champion, which is still today a very rare combination. A lot of drivers in his era, which really was the ‘golden era’ of motorsports, tried to win in a variety of series, but very few were as successful as Vic was.”

Victor Henry Elford was born in 1935 in London, England, and started his racing career as a co-driver/navigator in a Triumph TR3A, and then with the BMC works rally team. Realizing he had the talent to win, he bought an ex-works Mini to go racing and DKW then lent him a car for rallies; Elford won in both of them. Then came his first works drives with Triumph and Ford before his breakthrough year in 1967. He secured the European Rally Championship that year driving a works Porsche 911, earning him the reputation as a superb “rain master.” It was to be the start of a long and successful association with the Stuttgart-based marque, which he still enjoys today. 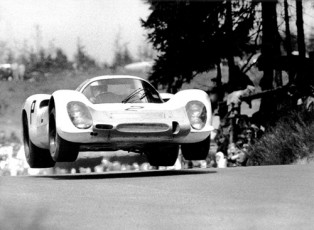 But not even Elford could predict the success he would experience in 1968. Again driving a Porsche 911, he scored an overall victory in the famed Monte Carlo Rally and he remains the last British-born driver to win the event. The next weekend he was on a plane to Florida for the 24 Hours of Daytona endurance race where he took a sleek Porsche 907 to the winner’s circle. Teamed with co-pilot Jochen Neerspasch, their victory was Porsche’s first outright win in a 24-hour race. It was then on to Central Florida for the Sebring 12-hour affair where he notched a second place finish in a 907. (Elford would eventually add an overall Sebring victory to his resume when he won the 1971 race driving a Porsche 917K, and he was the only driver to race every version of the 917.)

But, he was far from finished with the record books for 1968. Elford’s legend was to be cemented at Italy’s famed Targa Florio road race in the mountains of Sicily with a performance that locals still talk about today with deep reverence. Facing an 18-minute deficit due to a tire puncture on the opening lap, Elford stormed back in his Porsche 907 and set lap record after lap record in what is acknowledged as the most famous come-from-behind victory ever in the grueling Italian race. (It has always been Porsche’s tradition after a significant race win to produce a poster featuring the victorious car. For the first time in their history, Porsche instead dedicated the Targa Florio poster to Elford and not the 907.) Two weeks later, he recorded another victory – this time at the Nurburgring 1000 Kilometers driving a Porsche 908 and, later that summer, Elford took his under-powered Cooper T86B to an astounding fourth place finish in a rain-soaked French Grand Prix, his very first F1 race!

Elford’s career also included such highlights as being clocked at nearly 390km/h (nearly 244mph) on the famed “Mulsanne Straight” at Le Mans in a Porsche 917LH (Elford was also the first driver to lap the Circuit de la Sarthe at over 150mph.); lap records at Targa Florio, Nurburgring, Daytona, Sebring, Norisring, Monza, Laguna Seca, Road Atlanta, and Le Mans; and he is one of four drivers to record six major victories at the Nurburgring – joining Rudolph Caracciola from the 1920s and Sir Stirling Moss and John Surtees.

Recognized by all as a fierce competitor, Elford was also the epitome of the gentleman racer. Former French President Georges Pompidou awarded him the “Chevalier of the National Order of Merit” for his courageous attempt to pull a driver from a burning wreck midway through the 1972 24 Hours of Le Mans. Elford retired from racing shortly after that. 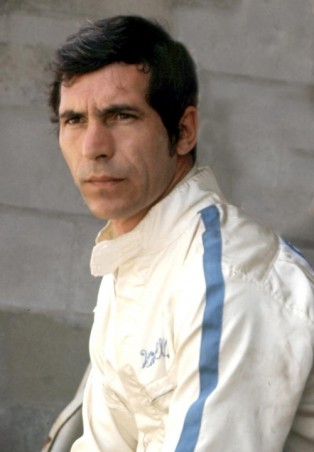 Although he is mostly associated with Porsche, Elford also raced for Ford, Alfa Romeo, Lola, Lancia, McLaren, Ferrari, and Chaparral in a variety of series including F1, TransAm, Can-Am, the World Manufacturer’s Championship, and even NASCAR. He has found time to author several popular books on car control and racing, including the “PORSCHE High-Performance Driving Handbook” (in its second edition) and “Reflections On A Golden Era In Motorsports.” Elford remains active in racing circles today and is an honored guest at a variety of automotive events and Porsche-sponsored affairs. Today, he lives with his wife, Anita, in South Florida.

“I feel honored to be invited to the Amelia Island Concours d’Elegance 2012, which is certainly one of the most distinguished events of the genre around the world,” says Elford. “The way the most beautiful cars are combined with the excitement of racing makes it a very exclusive venue. It was with great pleasure that I participated in three of the previous ‘racing panel discussions’ and was also a Concours judge. I am sure that Amelia Island 2012 will be even more exciting.”