Let's feed the fear and fuel the Doomsday Disaster scenarios some extremists are predicting for December 2012. 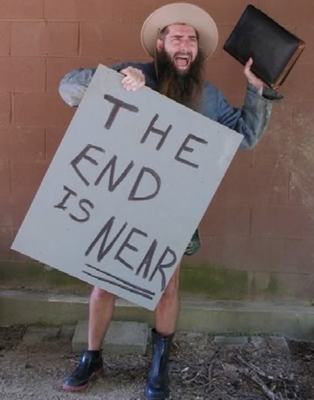 Let us feed the fear shall we? The recent increase in the prediction of 2010 hurricanes, the oil spill in the gulf and the economic woes that are spreading through markets around the world like the flu, are fueling the Doomsday Disaster scenarios some extremists are predicting for December 2012.

Floods, hurricanes and erupting volcanoes, too, provide nourishment to the panic of those already feeding on fear. My grandmother always told me, “The one thing you can count on is change.” Yes, the earth is changing. Humans have stripped Mother Earth of her natural resources for many years… what did we expect to happen?

We have lusted to consume her oil, which is the blood of Mother Earth. Our envy, greed and pride to have more than our neighbors has stripped her of natural resources and encouraged gluttony. We are sloth-like towards God and express wrath and impatience for our fellow man! It is no wonder she is pissed!

Www.December212012.org claims that governments around the world are aware of the impending emergency situations. They suggest that Ready.gov and FEMA.gov were developed so people can help themselves prepare to survive because their governments cannot. “You and your family will have to be more proactive and assume more preemptive strategies for long term or even permanent survival. You need to realize that this will be a global event that will effect each and every living thing on the planet. Food and clean water will be scarce and public utilities will be nonexistent, The world governments can not and will not be able to assist in your continuing wellbeing and you will more or less be on your own,” according to the website, of course. They will also sell you books, food and first aid kits from their 2012 on-line store that you may want to take a look at. Some of their products, though alarmingly overpriced (more intentional scare tactics, I presume?), would do well in your hurricane kit.

Like the warnings and uncomfortable speculation that surrounded the roll-over to the new millennium, I was hoping for a bit of excitement and maybe the loss of power for a couple of weeks. While being forced to spend time with your family because there is no TV, radio or internet is less appealing than wanting to spend time with your family, I believe the family unit as a whole would have benefited greatly from the ordeal, but it didn’t work out that way. 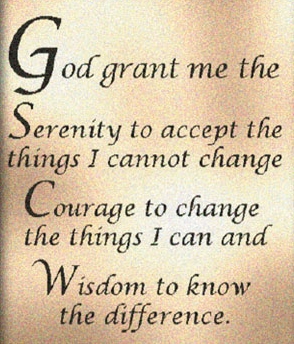 Personally, I need to concern myself with my reality. What I see in the world, without worrying to the point of becoming ill or obsessed over things I cannot change. I think we all have become more conscience of what we are doing to our environment on a global level. We are growing and raising more of our own food and making mindful decisions about waste. Just imagine if everyone were to take a bicycle or walk to the corner market to pick up a few items. If you live close enough to work try walking, cycling or even roller skates! My kids rode bicycles to school most of the time, even though we live on a bus route. Unless threatened by inclement weather, their preferred after school transportation to their part-time jobs was a bicycle rather than make two trips giving them a ride because they did not have a driver’s license.

Grow some vegetables on your back porch, learn to eat leftovers and walk a little more. If we all make the smallest effort we can make a difference… well, until it all comes to an end in December of 2012!