Discover the dynamic world of short films by attending the 2nd annual Oscar-Nominated Shorts Festival by the Fernandina Arts Centre. 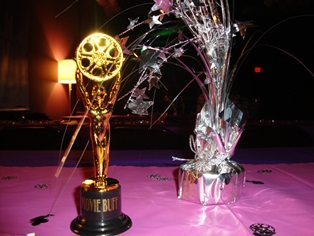 Mouth of Amelia invites you to Film Fest of Short Films! presented by the Fernandina Little Theatre, featuring short fils that are up of Oscars this year.

WHAT: Discover the dynamic world of short filmmaking by attending the second annual Oscar-Nominated Shorts Festival presented by the Fernandina Arts Centre. The Academy of Motion Picture Arts and Sciences defines a short film as an original motion picture that has a running time of 40 minutes or less, including all credits. Last year’s line-up of short films included The God of Love, made by local favorite Luke Matheny, whose mother DiAnn Matheny lives in Fernandina Beach. The God of Love went onto win the Oscar for Best Live Action Short Film.

Presented in cooperation with Shorts HD, the festival will screen the 10 films nominated for best animated and live action short film in alternating sessions at the Fernandina Little Theatre, “The festival is a wonderful opportunity for film fans to see and enjoy the nominated films prior to the Academy Awards ceremony on February 26,” said FLT Artistic Director Kate Hart.

The screenings will include an opportunity for film-goers to pick who they think will win the Oscar in both categories. Those who correctly pick both the Oscar-winning animated and live-action short films will be entered into a drawing to win two tickets to the theater’s production in April of Shakespeare’s Much Ado About Nothing.

COST: Admission to each session is $10.00. Tickets are available in Fernandina Beach at The UPS Store in the Publix shopping center on Sadler Road and in St. Marys, Ga., at The Blue Goose, Bulldog Discount Liquors, Cedar Oak Café and Once Upon a Bookseller.

Fernandina Little Theatre is an intimate space, and patrons are encouraged to purchase tickets in advance to guarantee seating availability.