As The Amelia Island Concours d'Elegance approaches, many people have inquired about the upcoming Eight Flags Road Tour, sponsored by Passport Transport. 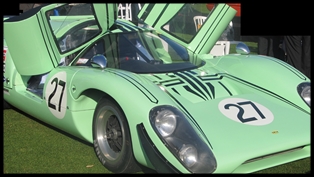 This annual event will take place on Friday morning; March 13, 2015, with participating cars beginning in at the Ritz Carlton and the Amelia Island Golf Club. This year over 60 spectacular cars are participating in this “Rally” style tour.

Once underway, this unique driving experience will take the Concours registered vehicles through one of the most beautiful, environmentally pristine and historically significant coastal areas in all of Florida, including Amelia Island. They will have an escort of officers from the Florida Highway Patrol and the Nassau County Sheriff’s Department.

The day will wrap up with a public display of the cars on Centre Street from Front to 5th Streets, and 2nd Street to Ash. Please be aware that a portion of these streets will be closed to traffic during this time. This allows the public to safely view the cars at no cost, while the car owners enjoy a luncheon provided by 23 area restaurants, for this charitable event. Lunch is served by Micah’s Place staff and volunteers.

All streets will reopen following the event at 2:00PM.

The Amelia Island Concours d’Elegance
Businessman and car collector Bill Warner, a photographer and writer for Road & Track magazine since 1971, founded the Amelia Island Concours d’Elegance in 1996 at the urging of Florida auto enthusiasts who wanted a classic car show in Florida like the Pebble Beach Concours d’Elegance in California. Warner selected Community Hospice of Northeast Florida, which had provided service to his parents as well as his wife, as the primary beneficiary of the event. The first event was held April 6, 1996 at Ritz-Carlton Amelia Island. The first year there were 163 cars and attendance was around 2,200 vs. 2014 when attendance increased to more than 29,000 people.

Entrants submit an application for each car, and the Concours field is selected from each year’s pool of applicants. Many of the competing cars are valued in the hundreds of thousands of dollars, with some worth millions. For this reason, along with its setting and amenities, the Amelia Island Concours is considered one of the premier Concours in the world.

In 2014 The Amelia Island Concours d’Elegance Foundation topped $2.5 million in charitable giving by donating record amounts to the Community Hospice of Nassau County, the Nassau County Sheriffs, and Fernandina Beach Police Departments, Shop with Cops Christmas programs, and Micah’s Place Domestic Violence Center – A shelter for the victims of domestic abuse and their children.

The center is named in honor of Jane and Bill Warner in recognition of the remarkable legacy and support they will continue to leave on Nassau County.

Other area recipients include Spina Bifida of Jacksonville, and The Navy-Marine Corps Relief Society.

The Micah’s Place Connection with Bonhams
March 10, 11, 12, 2015
When Bonhams ran into challenges trying to find an area location for its first annual Amelia Automotive Auction, during Amelia Island Concours d’Elegance Week, it was suggested that, as Island Liaison and island resident of over 22 years, Marianna McIntyre might be able to help.

Working together with Ed Boner, Mayor of Fernandina Beach, The City Commissioners, and the City manager, they were able to find an appropriate location.

Not only is it wonderful to have Bonhams in Nassau County, but they have very kindly made Micah’s Place its nonprofit of choice. They are benefitting the victims of Domestic Violence in several ways including donating a Lot of fine items to be auctioned off in support of the Micah’s Place mission. Micah’s Place will also assist Bonhams by offering a local information table during the event, directing visitors to local business and restaurants. 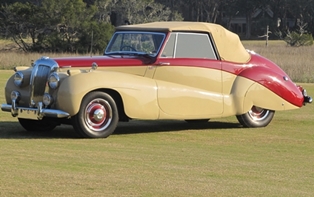 Bonhams Auction House
Bonhams is a privately owned British auction house and one of the world’s oldest and largest auctioneers of fine art and antiques. Since its establishment in 1793, it has been amongst the most respected and trusted brands in the industry.

The Bonhams name is recognized worldwide throughout all sectors of the fine art, antiques and collectors market, with several of its departments established world leaders within their specialist category. In motoring, Bonhams continues to be unrivaled as the European number one auction house, achieving world record prices for Mercedes, Alfa Romeo, Maserati and Aston Martin – as is evidence by the sale in August 2014 of a 1962 Ferrari 250 GTO Berlinetta, which became the most valuable car in history to be sold at auction for $38,115,000.

With specialists in every major area of art and collectables, the depth of collective knowledge of Bonhams auctioneers has enabled the company to challenge the market positions of Sotheby’s and Christie’s.

$80.00 in Advance cash only while available/$100 at the Gate. Military, Youth and all other discounts available at the gate on Show Day.

Online Ticket Sales Information
The online ticket window will close on Tuesday, March 3, 2015 at midnight (PST)
All tickets purchased online, except CLUB AMELIA, will be held at Will Call.
Club Amelia tickets were mailed out in mid-February. 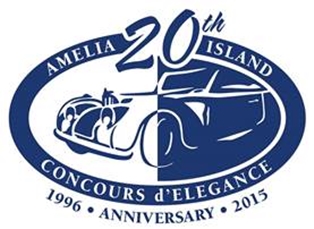 General Information:
-Concours Automobiles will be on display on Sunday, March 15, 2015 only.
-Tickets are required for this event and also to attend all seminars on Friday and Saturday.
-There will be New Car Displays, Ride and Drives, Vendors, RM Sotheby’s Cars and our Silent Auction available at no charge on Friday and Saturday at the Ritz-Carlton Amelia Island to enhance your weekend activities.
-Cars and Coffee at the Concours is a free show on Saturday from 9 A.M. to 1 P.M. on the 10th and 18th fairways.