The Amelia Island Museum of History presents: "Dark Places of the Earth: The Voyage of the Slave Ship Antelope" on June 19th at 6:00 pm. 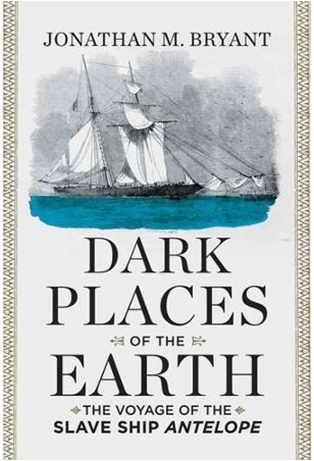 The Amelia Island Museum of History presents: “Dark Places of the Earth: The Voyage of the Slave Ship Antelope” on June 19th at 6:00 pm. This is the latest book by Professor Jonathon Bryant.

In 1820, a suspicious vessel was spotted lingering off the coast of northern Florida, the Spanish slave ship Antelope. Since the United States had outlawed its own participation in the international slave trade more than a decade before, the ship’s almost 300 African captives were considered illegal cargo under American laws. But with slavery still a critical part of the American economy, it would eventually fall to the Supreme Court to determine whether or not they were slaves at all, and if so, what should be done with them. The stakes of the Antelope case hinged on nothing less than the central American conflict of the nineteenth century. Both disquieting and enlightening, Dark Places of the Earth restores the Antelope to its rightful place as one of the most tragic, influential, and unjustly forgotten episodes in American legal history.

This program is free for museum members with a suggested donation of $5.00 for non-members.

Seating is first-come/first-served. For more information contact Gray at 261-7378 ext 102.

The Amelia Island Museum of History is located at 233 South 3rd Street, in Fernandina Beach, Florida.