65 Is Merely a Political Number

Happy retirement means you have enough to money to quit working and live the lifestyle you want—and that does not mean microwave dinners in front of the TV. 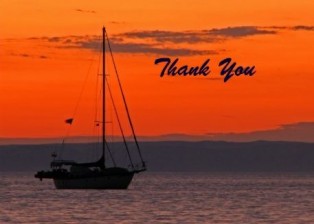 Retirement Choices Depend on Finances, Health and Interests

I tried retiring on several occasions over the past 25 years or so, never convinced that the government “dictated” 65 was the right age. Growing up in Europe, 65 was the “official” retirement age, until governments starting screwing around with our retirement savings they took out of our salaries and supposedly kept in custody for us. When it turned out over the years that their hands in the till had been to frequently self-help, they composed clever schemes for retirement options. Retire early and get less money but more time; retire later and get more money. But than inflation started eating away the benefits and confusion set in.

I learned early on that retirement for me really is not all it’s cracked up to be, but I guess the answer really depends on where you find yourself financially, emotionally and health-wise come age 65 or thereabout.

In our young years, the system incentivized us to trade time for money and smartly stash away enough of it to later reverse the process and trade money for time. In my late thirties I had enough CDs Certificates of Deposits) at 8-10% interest annually, to cautiously take a stab at retiring for a while. I didn’t think it was smart to wait until 65 and then from one day to the next, find myself useless to the world. I didn’t buy the notion that ideally, we’d each have a few decades of independence before the grim reaper—or assisted living facility—comes knocking. So I pulled myself out of the system. I could have maintained the financial part of that lifestyle for many years, if the Feds hadn’t pulled the annual interest earnings from under me and millions of others by rendering fiat money useless. Besides, I found that emotionally and health-wise I was not ready to retire. I kind of semi-retired on one other occasion in 2001, to find out that emotionally and mentally I probably would never reach retirement age.

Do you see why I call 65 a political number?

You’d like to retire at age 65? What’s so magic about age 65 anyway? Nothing! It was the retirement age the government used when setting up Social Security in 1934. To a small degree influenced by Germany’s existing system which stood as example for most of Europe, but mostly defined by actuarial science that concluded in those days, the age of 65 to be pretty much the median for federal affordability.

Since then Social Security’s full retirement age has moved to 68 to compensate for increasing life expectancies and should Washington ever get serious about fixing Social Security, the age is likely to be pushed up even further.

Keeping age in perspective is not always easy, even though age is only one barometer for the retirement decision; there are other factors much more important for deciding if and when to retire. Poor health may make the decision for you. But if you’re healthy – mentally and physically, the most important factor is whether you have enough doubloons stashed away to support yourself and your spouse for the rest of your lives. When you run the numbers—there are countless financial calculators available for doing just that—be optimistic and assume you’ll live long past age 84 or 86.

If you do have enough to make it and you enjoy your job,  you may consider working a few extra years and put icing on the cake, because if you’re lucky enough to be healthy and vital at age 90, finding yourself wishing for a bout of dengue fever or pneumonia, or staring at the wrong end of a gun because you’ve run out of money, is not the way to go.

And once you’ve jumped over the financial hurdle, it doesn’t mean you have to or even ought to retire. If you love your job, are having fun, and see nothing else you’d rather do, keep on enjoying it. It’ll keep you alive, because boredom is the biggest enemy of retirees. Love the challenges of this new world and it will keep you going.

My advice in recent years to a lot of my fellow baby boomers is to learn and embrace the new digital world. Start writing down your specific experiences, have someone edit your life into a cohesive read and publish e-books and stories that inform and help. Learn how to build a website or be a social media expert for those who don’t have the time. The new world needs a more controlled transition whether it concerns finances, hobbies, fundraisers, festival organizations, social support group, translations etc. and that world desperately needs value and experience.

Ask yourself these questions:

• Is there anything else I would rather be doing?
• Do I enjoy the environment I’m working in?
• Am I accomplishing something other than just earning a paycheck?
• Do I enjoy the people I work with, or am I just putting up with them?
• Do I feel I am missing something?
• Is my spouse on board, or does he/she feel my working is prohibiting us from doing too many other things?
• Do I have other hobbies I enjoy that I could turn into a part-time business I would enjoy?
• Do we currently live where we want to live?
• Am I just tired of the rat race and want a change?

I have been asked a lot: “When are you ready to retire?” I can only honestly answer: “I don’t know.”

What I do know however is that a happy retirement means you have enough to money to quit working and live the lifestyle you want—and for many of us that does not mean microwave dinners in front of the television.

If you are like so many these days who made the mistake of not saving, than you will discover that you cannot live very well on Social Security alone. This often means back to work at low-paying jobs, and your time choices are subordinated to your work schedules. That’s far from the dream of enjoying your golden years.

Here is a Helpful Hint

Ask yourself what kind of lifestyle do you want? It may take some compromises to mesh your dream with reality. I had a guest at our B&B a couple of months ago, who owns a 55-plus gated communities here in Florida who told me that his park of doublewide mobile homes was always completely rented out.The park had a clubhouse, golf course, a community pool with sunset deck – most anything a retiree would want. Most of his tenants were people with successful careers who had decided to downsize economically so they had money for trips, cruises, time for family, friends and most of all, no money stresses. They are truly enjoying their golden years having fun and don’t feel like they’re missing a thing. They’re social weekly agendas are as long as my arm.

Family obviously plays a key role in retirement decisions. Being part of your grandchildren’s lives often means spending most major holidays in your children’s homes, watching the next generation build their family traditions. And proximity to family has a wide range of implications. As we age, some children feel it’s easier to keep an eye on us if we live nearby. Others want grandparents far enough away to ensure they stay independent as long as they possibly can.

We know plenty of people who pick up the grandchildren from school every day and are taking a major role in raising the next generation. We want no part of that; raising children is their parents’ job. We prefer to be grandparents and not recycled parents. But whatever floats your boat and works for your family is the way to go because age and retirement changes your mindset.

Once you’ve experienced the exhilaration of true freedom and independence from a full-time job—doing what you want, when you want—you never want to go back. Never again do you want to financially depend on anyone.

Retiring on your own terms is the only advisable way to go? It’s being financially able to approach a state of mind where your time is your own. You and your spouse can do the fun things you want to, whether that’s planning a long trip or making spur-of-the-moment decisions because you feel like it.

We all have friends that seem to go on cruises 6 times a year, but they exercise the luxury of waiting for the deals on ships that depart in less than a month. As you get older a long-term plan is a couple of weeks away and understanding that 65 is merely a man-made number that plays political roulette with your life. The peace of mind that you can “keep on keeping on” as long as your health allows is what enjoying your golden years truly means.

Good luck and may you be guided by wisdom.