A Different Take on the Cost of Education

Think twice before using retirement savings to pay for children's college education. Weigh your options carefully before cheap credit lands you in the poor house. 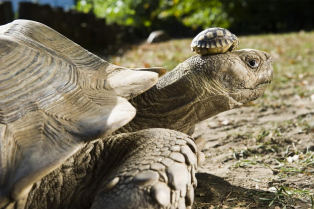 This three part story on student debts versus retirement savings has been sitting in my to publish folder for several weeks now, as I did not want to interfere with the giddy happiness that spreads around communities and proud parents because of graduations. As parents listen to mostly dull or overzealous high-school commencement speakers nationwide, many may or at least should wonder if paying for college is the best way to equip a child for the future along with an honest take on what they will have to give up to do it versus the realities of a degree.

To give you a better perspective of the realities of an education degree, here are some numbers to chew on.

With only a high-school education, the current Synthetic Work-Life Earnings (SWE) estimate lies around $1.37 million or $34,250 a year or about $660 per week allowing them to live paycheck to paycheck. The holder of a bachelor’s degree can expect to earn about $2.42 million over a 40-year working life, according to Synthetic SWE estimates based on US Census Bureau data. Tack on a master’s degree and it jumps to $2.83 million… or a professional degree and it “skyrockets” to $4.16 million or $104,000 per year, exactly $2,000 per week.
Statistics like these aren’t new; however, how to pay for those degrees in this day and age is causing parents increasing anxiety. After all real salaries have decreased since the 1970s. And now it turns out that retirement savings is often the first casualty of college tuitions, and over time that will prove to be a huge mistake.
No parent should pay for college at the expense of his or her own retirement. Once upon a time it may have been a fair bet on the future, expecting children to take care of parents in their retirement years, but those days are long gone. What’s even worse is that parents are leaving their kids with an alarming federal debt and huge unfunded liabilities.

Since 2010 the total outstanding student debt in the US has outpaced credit card debt, mortgages and auto loans. According to data published by the New York Fed, student loan balances totaled $1.08 trillion in Q4 2013, a $114 billion increase for that year. 11% of that debt is at least 90 days overdue, and sad to say, the burden doesn’t just fall on students.
Last month Yahoo Finance shared the cautionary tale of Peter and Valerie Shippen, a schoolteacher and an electrical engineer who backed into $500,000 in student debt for their offspring of four. At first the Shippen’s agreed to pay for just one year of college for each of their three oldest children, who were all attending private colleges at the same time. They assumed financial aid would cover the rest and had no money saved, because they thought they could pay for the year out of their current earnings.
But then harsh reality showed up. As a middle-class family, the Shippen’s income turned out to be too high for financial aid. The fact that they had three children in college at the same time and a fourth to follow made no difference to the system.
So, like many others the Shippen’s borrowed from the federal direct loan program, taking out a total of $500,000 in Parent PLUS loans. Easy money. Each of their children agreed to pay back 75% of the loan, but only two of them followed through. Today, the Shippens sit on a $150,000 debt—which translates to payments of $1,700 per month over 25 years.
In Mrs. Shippens’ own words, “It has just killed us. … We have no retirement savings.”

What Were Their Most Obvious Mistakes?

The Shippen’s made a couple of clear-cut mistakes: assuming at the time that their earnings would cover their children’s college costs; and bankrolling private colleges when their children likely had lower-cost options at public universities. It’s a sign of the “deserving attitude society” many of us have fallen for.

But even if you did everything right, getting kids through college is a colossal hurdle for middle-class parents these days, even for those who plan well in advance.

In addition, the parent’s burden these days doesn’t necessarily stop at graduation. 85% of American parents either expect their adult children to move back in with them after graduation or to help their children pay for a place of their own. I hear it all the time. Good friends recently had to almost physically remove a son in his late thirties from their home, but only after helping him find and financially support a place.
A far cry from the historically preferred option to prepare your kids for financial independence and then kicking them out the door!

Cost of College Went Up 27% over Five Years

The rising cost of college maybe the biggest part of the problem but it’s not the only reason. The cost of attending a public four-year college rose 27% above inflation over the last five years. For private universities, the cost is up 13% and for community colleges, 24%.
In a free market system, the cure for high prices is unaffordable high prices. The explanation is kind of simple as prices can only rise so far, before the market will no longer pay them. There is initially an elasticity however, which leads to a budgeting balancing act. For example when the price of gasoline goes up, people will first “steal” money from other household budgets, be it leisure, vacation, luxury food, health and fitness. But as prices keep increasing in the next stage they will sacrifice the gas guzzling SUV for a car with better gas mileage and ultimately, but only as a last resort, they will buy a scooter, moped or bicycle to replace the use of the car to fit the gas budget. Funny enough I saw that phenomenon clearly when living in the Caribbean. With price fluctuations many locals started budgeting one gas tank per week. But when that lead to a decrease in gasoline demand, the gallon price went down quickly. Only the free market system can do that!

But when a government introduces long periods of Easy money/credit, the free market picture changes considerably. Since the university system is not part of a free educational market, by making student loans easily available, the government has enabled colleges to raise their costs to astronomical levels. Solution: Take student loans out of the picture and college costs will come down radically. And while doing it, stop treating demagogues like Paul Krugman as economic superstars with gigantic salaries just to write a curriculum on income inequality.

Having Children at an older age is Another Threat to Retirement

In addition to rising tuition costs, today’s parents are writing those checks when they should be making the final wealth-building push before retirement. In 2011, the median age at which an American woman had her first child was just under 26, up from age 22 in 1970. In addition, one in five women now have their first child after age 35, per the Centers for Disease Control and Prevention.
Waiting to have children has created a retirement Catch-22. On the one hand, postponing childbirth generally correlates with career building and higher earnings, but it also leaves parents with no time to finish saving for retirement after the kids have flown the coop.
If you have your last child at age 35, you’ll be 53 when your baby graduates from high school and at least 57 when he graduates from college. That doesn’t leave many kid-cost-free years to maximize your nest egg. So, unless you’re ultra-wealthy or have saved a spare $100,000 or so per kid, something has to give.