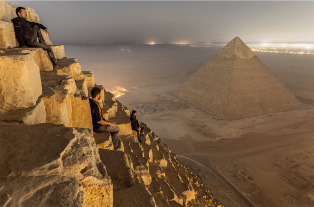 The Young Ones watch Economic Opportunities from the side-lines

The biggest competitors in the employment process are the young ones that graduate every year, eager to find a job of their liking and a chance to carve out a happy and satisfying life. Much more than immigrants, illegal or not, do they form a threat to the existing order.

With last week’s election turning the tables once again, Americans may think that the Democratic process was served well, without ever giving consideration to telltales that put things in perspective. Here are two telltales that should be considered of significant impact when analyzing the health of our democracy and the danger of miscalculating priorities. Nationwide only 36.4% of eligible voters turned out their preference last Tuesday. The State of Indiana broke the low record this year in a decades long slide down, with a 28% turnout while – one of the smallest states in the Union- Maine scored highest with 59%. Supposed democratic strongholds such as the heavily populated states of New York and California scored resp. a meager 29% and 32%. Florida scored above the national average with 43.1%, while in the hub of all national politicking – Washington DC – only could get 30.3% of the eligible voters interested to cast a vote.

The Telltales Behind the Numbers

One out of four voters this midterm was older than 60 while only one out of four in the age group 18 to 29 voted, two signs of special interest voting.

Yes, only about one in four 18 to 29 year olds voted in the midterms. Realizing they would get nothing out of it, 75% of young people steered clear of the polls. Young people are entering a different world from the one in which we set out, one that is still controlled to a large (too large) degree by boomers and the generation before us. And the obstacles for the younger ones are short of impenetrable.

Over the course of the past 5 decades, more and more people figured out how to use the government to get privileges and benefits they couldn’t get by themselves. Some are relatively small potatoes – such as special parking places, handicap stickers in Florida and electric wheelchairs for people who say they are crippled. Some are monster potatoes – billion-dollar security contracts, for example. Most people want to get something the easiest way possible. And the easiest way is often to pay a lobbyist to get a special deal for you… your industry… or your business, your community, your electorate.

Also typical of this attitude is that people want to protect their wages and lifestyles by imposing restrictions on new entrants. Licensing. Regulations. Professional certifications. Tons of paperwork that require expensive specialists to complete

In the largest sense this self interest protection is presented as the current Immigration struggle in the US, as they want to seal the borders so that foreigners can’t get in and compete honestly for jobs, easily forgetting that a speckle of time ago, we were all immigrants here. Human condition “dictates” that almost every industry and profession has its hustle – from import quotas, to subsidies, to labor rules. Like the trade guilds of Old Europe, they all try to keep their fees and salaries high by keeping out new competitors.” And don’t make a mistake here, the biggest and newest competitors to the marketplace here in the US are young people?

They try to enter the workforce and find doors shut. That’s why the unemployment rate among 20 to 24 year olds is twice the rate of unemployment for everyone else. In countries like Spain it’s now 50%!!!

Now push the program forward and the next economic domino piece to fall announces itself in ever growing dimensions.
“First-Timers Fade Further,” announces a real estate headline in the Wall Street Journal. Burdened with over $1 trillion in student debt… and denied access to well-paid jobs… young people can’t afford to buy “starter” houses. Would you?

Yes Europe, Japan and the US we have aging economies and are facing a similar, if culturally diversified, future.
Since 1974, the gross income earned by 25 to 34 year olds in the US, as a percentage of the median gross income, has fallen by more than one-quarter. This leaves more young people living with parents… or renting with room mates. Even supposedly successful young adults in TV sitcoms make you think that it’s a lifestyle choice rather than a financial one. Even the most enticing government incentives, like historically low interest rates to support buying, are not making a dent in this hesitation.
And this in turn affects another domino piece of much broader impact: the cultural sphere. Young adults approach life with much more reluctance, less engaged, less competitive, less likely to start new businesses… and less independent, ready to accept government largesse in the form of hand-outs, large and small, even if they come from politicians they don’t trust. That is a cultural shift that ultimately leads to anarchy as history has shown time and again.

What do they want? What do they expect?
Not only are they not rushing to buy houses, they’re also delaying marriage and when they get married they often limit the amount of children.

Only time will tell. But certainly it is different, and definitely a strain on a political ideology that is majorly based on participation and democratic process vigilance.
People vote their own interests and are far from ideologically pure. They vote for whomever makes the most convincing promises. This year it was the Conservatives with a big push from the 60 and older geezers who want free pills, a better retirement than they can afford and cheap cable TV.