A Look Back on Awareness in Agriculture

Almost one-third of the earth's land is used for agriculture, of this, over 40% sees intensive or modernized farming. Here are three ways in which irresponsible agricultural practices hurt the environment: 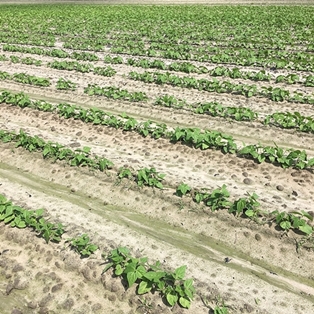 The 21st century has seen agriculture go from labor-intensive to machine-heavy: with tractors replacing draft animals, the transformation of agriculture from a cumbersome field to an automated one has led to a dramatic rise in food security and productivity, as well as a dramatic fall in long-run agricultural costs. However, the introduction of mechanized and engineering-based farming tools and techniques has not been 100% positive: this shift has given rise to its own set of challenges, with the need for sustainable farming practices – practices that do not hurt the environment in the long-run – having become a top priority.

Here are three ways in which irresponsible agricultural practices hurt the environment:

Reducing biodiversity
Almost one-third of the earth’s land is used for agriculture, of this, over 40% sees intensive or modernized farming. Hence the consequences of modernized farming – whether positive or negative – have ramifications for the entire human race. The excessive use of pesticides, for example, has led to the creation of pesticide-resistant pathogens; while the proliferation of genetically-engineered seeds is threatening a number of bird species with extinction. Furthermore, ineffective water management during irrigation has led to wide-scale water depletion, water-logging and salinity. Since the advent of modern agriculture, over 50% of the world’s wetlands have been lost due to ineffective agricultural practices; no less have been polluted. With 25% of the species under threat being fish and amphibians, this poses a serious risk for the global food chain.

Causing soil erosion and compaction
Soil erosion is the process by which soil is removed from one site and shifted to another; while soil compaction happens when soil particles are pressed against each other. A high rate of erosion can lead to lower yield and nutrition on-site and sedimentation and damage off-site; while a high rate of soil compaction reduces the number and size of pores between soil particles, lowering water infiltration, gas exchange and drainage in the soil and stunting growth.

How do irresponsible agricultural techniques cause soil erosion and compaction? There are a number of ways. Unvaried moldboard plowing or disking is one cause; wheel traffic through tracks and tires is another. In both circumstances, farmers can alleviate the problem by varying the depth of tillage over time. Controlling the traffic – restricting the amount of soul traversed, by using same wheel tracks – is another technique. Farmers might also want to expand crop rotation, as greater rotation increases rooting systems and spreads out the potential for compaction through traffic, instead of concentrating it in one period. Use of fuel-less generators for the effective running of heavy farm machinery would help a great deal.

Creating air and water pollution
In traditional agriculture, animal waste is used as a fertilizer; in modern farming methods, it is a major pollutant. Why is this? Because intensive farming concentrates a massive number of animals in a small space to cut down costs and achieve economies of scale, it produces an unmanageable amount of waste – case in point: intensive farm with around 30,000 hogs would produce over four million pounds of waste in a week.

Intensive farms deal with this waste by funneling it into giant pits called waste lagoons, where it is mixed with water before being sprayed on to cultivated land. The cons to this method are numerous: the sheer amount of the waste results in over-application that the raises phosphorus and nitrogen to toxic levels; or breaks and leaks in the lagoons that send pollutants and bacteria into water supplies. In addition to polluting it, the waste lagoon system also depletes ground water. For all of these reasons, it has become essential to determine an optimal point between cost and quality that not only leverages agricultural mechanization, but also sustains the planet.