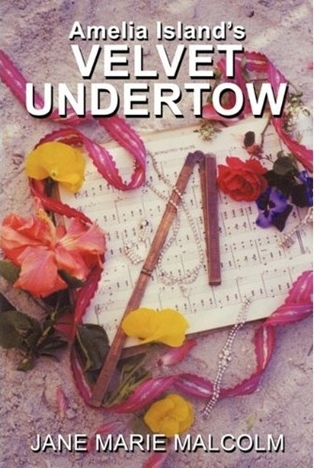 Fernandina Beach, FL/Dec 2009 – GraciousJaneMarie.com has released Jane Marie Malcolm’s “Amelia Island’s Velvet Undertow.” This is the second novel in “The Goodbye Lie‚” series. The sweeping tale drives the characters from Florida into the catastrophic 1889 Johnstown Flood, which the author’s grandmother remembered with horror.

Amelia Island’s Velvet Undertow is available at Amazon.com, BarnesandNoble.com, and may be ordered through local book stores. Get personally inscribed copies at the author‚Äôs website, GraciousJaneMarie.com, and at future book signings (TBA).

Originally from Erie, Pennsylvania, Malcolm is a 21-year resident of Amelia Island, Florida. Her 800+-page website, GraciousJaneMarie.com, has over 50 articles and recipes that tie into “The Goodbye Lie” series. Also an artisan, Malcolm hand paints Secret Pebbles, tiny glass stones, featured in Amelia Island’s Velvet Undertow. She is the creator of Martha Bear, star of her “Rascally Readers” online program of silly short stories, which encourages family reading at MarthaBear.com. Malcolm is a member of the American Legion Auxiliary, the Amelia Island Museum of History, and the General Duncan Lamont Clinch Historical Society, as well as an avid hand bell ringer.