Join the Amelia Island Film Festival for the screening of the Irish comedy "Waking Ned Devine" for the 2011 Film Festival. 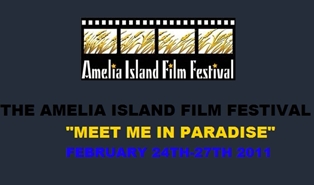 The Amelia Island Film Festival presents a screening event for the 2011 Film Festival. Film enthusiasts are invited to view the Irish comedy “Waking Ned Devine” along with shorts and additional animations. This event takes place on Tuesday, October 26, from 7:00 to 9:30 PM at O’Kane’s Irish Pub & Eatery located in Fernandina’s historic district at 318 Centre Street.

There is a $10.00 suggested donation, with drawings, a silent auction and a cash bar will be available for film-goers.

Tickets are available at both US Stores (one on Sadler Road and the other in Yulee) and at Books Plus on Centre Street. For more information visit www.AmeliaIslandFilmFestival.org or call (904) 335-1110.