18 year old Thomas Milovac, a gifted bassist from Clermont, Florida, will be honored with a college scholarship from the Amelia Island Jazz Festival 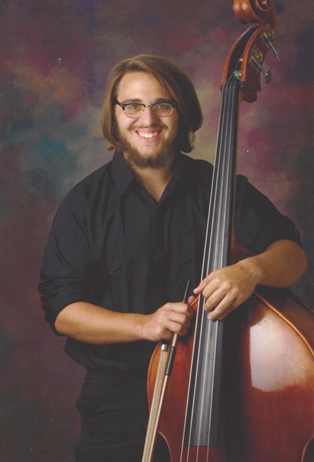 18 year old Thomas Milovac, a gifted bassist from Clermont, Florida, will be honored with a college scholarship from the Amelia Island Jazz Festival, it was announced today by AIJF Artistic Director Les DeMerle. A member of the Florida All State Band while attending East Ridge High School, Milovac will accept the festival’s annual award when he performs at the 2016 Amelia Island Jazz Festival, October 2-9, at various venues in Fernandina Beach. He will be introduced at a pre-festival Jazz Party featuring DeMerle’s trio, with vocalist Bonnie Eisele, at Horizon;s restaurant, August 12 and 13. Milovac will also be sitting in with them for the opening sets prior to headliner shows with Houston Person and Bria Skonberg on October 7 and 8, in the Parish Hall at St. Michael’s Academy. Additionally, Milovac’s quintet, along with Jazz Vocalist Lisa Kelly, will host and play the Friday and Saturday night jam sessions at Arte Pizza that will follow the main concerts.

“This kid is the real deal,” said DeMerle, “and we are positive that Thomas will do very well in the jazz world that awaits him. I very much look forward to performing with him during the festival.” For his undergraduate university training, Milovac plans on joining the highly regarded music program at the University of North Florida. He also hopes to attain a master’s degree at the Manhattan School of Music following his work at UNF.

Proficient on both acoustic and electric basses, Milovac began studying music at age 11 and boasts a wide range of influences. “I’ve listened a lot to Charles Mingus, Ray Brown and Jimmy Blanton,” he said, “but I’m also into more modern bass styles by Christian McBride and Jaco Pastorius.” However his interests go way beyond the jazz greats. “I really enjoy delta blues, classical music, and even some New York punk,” he added, “and I incorporate some of those sounds into my playing.” Presently Milovac leads East Ridge High School’s first ever jazz combo and in the process he has become adept at running a band and writing arrangements. “After school I definitely want to hit the road, do some recording and make my mark as a jazz musician,” he said.

Now in its 13th year, the AIJF will take place at several locations in Fernandina Beach, Florida, from October 2-9, and will kick off with its annual free concert in Amelia Park on Sunday, October 2, with the 21 piece UNF Jazz Ensemble. Additional shows will include a Wednesday October 5 swing night, Jump Jive and Wail, that will feature The Dynamic Les DeMerle Little Big Band at Sandy Bottoms, a Latin Jazz Night October 6 with the sizzling hot, award winning, and internationally famous Trio Caliente, also at Sandy Bottoms and a Dixie to Swing Jazz Brunch at the Florida House Inn featuring the Spare Rib Six Dixieland Band with JB Scott on trumpet. For a full schedule and ticket information, please go to www.ameliaislandjazzfestival.com. or contact the Festival Hotline at (904) 504-4772.

In addition to online, tickets may be purchased at the UPS Store, 1417 Sadler Road, in the Island Shopping Center, or at the AIFBY Chamber Of Commerce, Gateway to Amelia, A1A and Amelia Parkway. A not for profit 501(c)(3) corporation, the Les DeMerle Amelia Island Jazz Festival distributes proceeds toward its scholarship program to fund college educations for aspiring jazz musicians.