80 teams from around the world so far have registered for the First Amelia Island Petanque America Open and more names are still coming in every day. 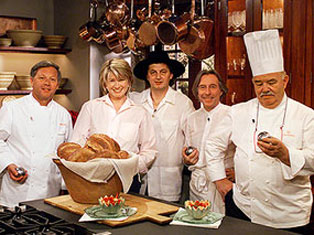 80 teams from around the world so far have registered for the First Amelia Island Petanque America Open and more names are still coming in every day. When Belgian native Philippe Boets moved his Greensboro, NC operation Petanque America to Amelia Island last June, his dream of having a tournament for players from around the world play on our shores was still embryonic. Yet, hardly four months later we’re looking at least at 160 players from the US, Canada and Europe flying in for the November 14-15 event in downtown Fernandina. And the field is still growing, which ironically enough also makes Philippe sweat logistical ‘boules’.

“The more teams, the more courts need to be prepared in order to experience a smooth tournament”, he says, but a smile gives away that he’s proud of the numbers.

Petanque (pronounced “pay-tonk”) is the French cousin to Italian “bocce” and a distant cousin to horseshoes. Ideally it’s played on a slightly coarse surface like fine coquina or small pebbles like gravel, but flat grass or dirt do fine too for a quick game. It’s a fun game for all ages, doesn’t require any special clothing or shoes or other expensive equipment other than a set of metal balls.

Not only will you see a number of exceptional Chefs (yes those people that put magic on your dinner table) playing the competition, it is also confirmed that Belgian National Champion, member of the 2000 World Champion team and this year’s European Champion Precision Shooting, Claudy Weibel, will come to Fernandina Beach to participate in this event together with team mate Xavier Thibaud, who won last weekend’s New York Open.

In the world of Petanque, that compares to getting tennis champion Justine Henin to the Bausch and Lomb tournament or Tiger Woods to the Amelia Island Golf Classic. It also affirms that Petanque America owner Philippe Boets has made a great number of friends in the world of Petanque since he opened the company in Miami in 1991.

Philippe is especially proud to have attracted three Chefs, who all rank among the Gourmet elite of the world. Jacques Pepin, (www.jacquespepin.net) undisputed grandmaster Celebrity TV chef, Michel Nischan (www.michelnischan.com), who partnered with Paul Newman in the famed Dressing Room restaurant in Westport, Connecticut, and since has become a famous food activist and lastly Jean Banchet, celebrity chef who took Le Francais in Wheeling, Illinois to become the best restaurant in all of the US, earning a rare Mobil 5 Star Award.

Upon questioning Philippe why Chefs like to play the game of Petanque he says, “It’s a bit like with actors in Hollywood, another famed group of Petanque Players. They have some spare time between lunch and dinner or set changes, so the chef and the kitchen staff get their balls out and start the game instantly. No change of attire, shoes, no reservations needed; pick up the balls of steel and play.”

It was already well known that Bill Cosby is a fervent Petanque aficionado, but I didn’t know that Kurt Russell and Goldie Hawn were among them, as are Robert de Niro, Martha Stewart, Robert Wagner, Mick Jagger, David Lee Roth (he fondly remembers David Lee Roth being one of his first customers in Miami), Peter Gabriel and many, many more (like Roger Moore). “It actually doesn’t even matter if for any reason you can’t finish the game today”, he says, “just continue where you left off tomorrow.”

Obviously Phillipe Boets loves what he’s doing. “It’s a game anyone can play,” he says. “Whether you’re a teenager or in your seventies or eighties. As a matter of fact”, he adds, “so far we have received registrations ranging from 21 to 78 if I’m not mistaken, from all walks of life and professions.”

In the run up time to the tournament he is training a variety of local teams to measure their skills with the pros during the tournament days on November 14 and 15. He is hoping to get a Gator’s team from the University of Florida in Gainesville to register. Locally one Pirate’s team has registered so far and several others are considering. Anyone interested to enter can get free lessons from Philippe every Tuesday evening from 5-7 at The Palace Saloon in downtown, where two competition courts have been constructed. Even the Palace Saloon is entering a team. Information for anyone interested can be found on www.petanque-america-open.com where especially on the blog site you can spend a couple of hours learning about this fascinating and entertaining sport.

While I promise Philippe to be there with the SearchAmelia video cameras, he hands me a DVD with the film version of “A Year in Provence” and says quizzically, “Watch this and you’ll understand”.