Each team will prepare a variety of barbeque entrees as they compete for more than $20,000 in prize money and trophies. 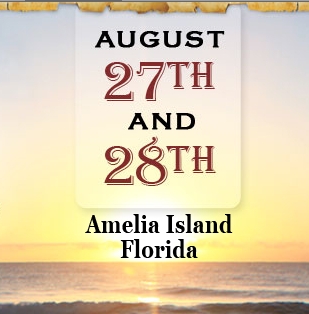 Amelia Island, FL – The Amelia Island Convention & Visitors Bureau (AICVB) has announced the lineup for the inaugural Great Southern Tailgate Cook-off, scheduled for Aug. 27-28, 2010. Visitors and residents can enjoy free entertainment, barbeque samplings from some of the top competitors in the country and fun for the entire family during the cook-off event.

The Great Southern Tailgate Cook-off will be held at Main Beach on Amelia Island starting at 3 p.m. on Friday, Aug. 27, and 9 a.m. on Saturday, Aug. 28. The cook-off will feature more than 30 professional teams and 10 backyard (amateur) teams. Several of the professional teams are among the top 10 teams in the country, including Myron Mixon-Pittmasters Bravo show, General Porkticioners, Lotta bull, Papa G’s, Late Night Whiskey Smokers and Forrest Fine Foods. Each team will prepare a variety of barbeque entrees as they compete for more than $20,000 in prize money and trophies. Samples of chicken, ribs, pork, brisket and other items will also be available for attendees following their submission to the contest. Additionally, visitors will have the opportunity to purchase food and drink from various vendors throughout the day. The Great Southern Tailgate Cook-off is a Kansas City Barbeque Society sanctioned event, and is a Florida State Championship event. The event is designed as a fundraiser with the Gator Bowl Association.

BBQ lovers will be able to enjoy free entertainment throughout the two-day event. On Aug. 27, entertainment includes a cooking demonstration, and performances by the Swinging Medallions, and popular trop-rock band Jimmy Parrish and the Ocean Waves. On Aug. 28, the cook-off will feature regional bands throughout the day, including the New Orleans-styled rhythms and reggae back beats of the Bush Doctors, local favorite Face for Radio, the Karl Davis Band, and Touch of Gray.

Booths decorated with a football theme will compete in a Best Decorated Booth contest. On Saturday, Aug. 28 from noon to 1 p.m., Jaxson Deville of the Jacksonville Jaguars, will judge the booths, along with several Jaguar cheerleaders.

For more information about the Great Southern Tailgate Cook-off, register to participate as a backyard team or for specifics of the entertainment schedule, visit www.gstailgatecookoff.com.