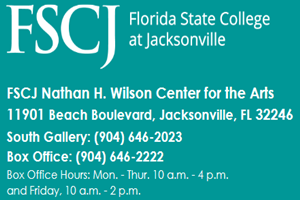 One of the most controversial plays of the late 1800's, this one is not recommended for children under 17.

“American La Ronde” is based on the 19th century play “Reigen,” which is considered to be one of the most controversial plays of the late 1800’s. The play was later translated into French and retitled “La Ronde.” In Seattle playwright Steven Dietz’s re-imagining of the original German script, a simple silver bracelet travels through the lives of 10 bold and desperate lovers, giving us a glimpse of the intrigue and heartache left in its wake.

The FSCJ DramaWorks production of ”American La Ronde” features 12 student actors and 10+ crew members from all areas of the First Coast, with set and lighting design by Director of Theatre and Entertainment Technology Johnny Pettegrew and directed by Professor of Theatre Ken McCulough.

Please be advised “American La Ronde” contains language and content which some audience members may find disturbing. This production is not recommended for audiences under 17 years of age.

Tickets are $10 for the general public and $5 for FSCJ faculty, staff and students (2 tickets per valid FSCJ ID) IN ADVANCE. $10 at the door.