I won the easter egg hunt that year, but 55 years Iater I still remember the look on the face of the chicken 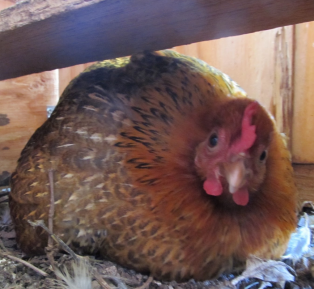 Growing up in a family with 4 brothers and next door to mom’s sister’s family with 3 cousins in the same age group, I remember early childhood Easter Sunday mornings to be a competitive hunt for hard boiled, colored  eggs. I also recall that we never worried about cholesterol, bowel stoppage or why my mom or dad stayed home while the rest went to Sunday church and when we came back from the service, the garden was miraculously dotted with “hidden” colored eggs.

The challenge was always to find even the last well hidden egg and our parents didn’t shy away from tricky hiding places. Obviously, he or she, only one cousin was the lonely female in the bunch, who collected most eggs was the winner, but I’m fairly sure there was no award attached to winning the Easter Egg hunt.

In the mid 1950s we had a chicken coop and free range pen in our backyard under the fruit trees, with an estimated 20-25 chickens. The coop was a half cylinder metal bunker with door and windows, loaded with wooden ledges for the chickens to sleep on and side benches to lay their eggs.

My older brother Eef was the designated egg collector in the house, but when one year our mom decided to hide the last colored egg under a nesting chicken, I won. We did not compete for the most eggs, but actually the last egg. It took a good 30 minutes however before I put it all together and another 10 minutes to find the courage to put my hand under the chicken and pull out the egg. 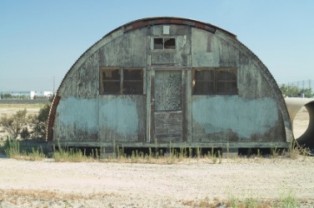 WHY DID THE CHICKEN CROSS THE ROAD?

– Courtesy of James Hurwitz. Be sure to read them all!

And lo, the Lord gazed upon the chicken and upon the egg…
And not knowing which should come first,
Shoveth’d He the egg into the chicken.
And it was good…..