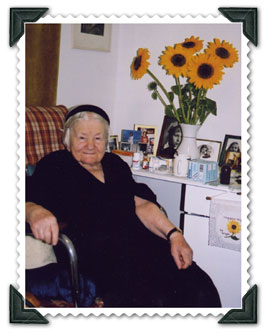 May 12 marked the death of a 98-year-old lady named Irena who served as a plumbing and sewer specialist in a Warsaw ghetto during WWII. Irena was German, so she knew the Nazis’ plans for the Jews and smuggled infants out in the bottom of the large tool box she carried. Larger children were placed in a burlap sack in the back of her truck. Irena also had a dog that she had trained to bark each time the Nazi guards allowed her in or out of the ghetto. The soldiers, wanting nothing to do with the barking dog, quickly waved her on her way while the dog‚Äôs barking covered any noise made by the babies or the children. She managed to smuggle out nearly 2,500 children before she was caught. Once captured, she took a severe beating from the Nazi soldiers, breaking both her arms and her legs.

Irena kept track of the children she smuggled out of the Warsaw ghetto and kept their names in a glass jar buried under a tree in her back yard. Though most of the children‚Äôs parents never survived the Holocaust, she tried to locate any surviving parents so she might reunite them after the war. Sadly, most of the children had to be adopted or were placed in foster homes..

Last year Irena was nominated for the Nobel Peace Prize, but she lost to a slide show production on global warming presented by Al Gore.