Are CSX Revenues Pointing at Recovery? 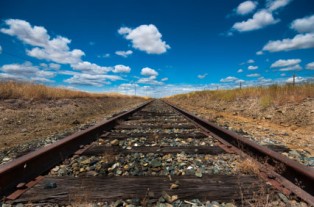 Does One Swallow Make Spring?

This afternoon I had another brief discussion with a prominent Jacksonville attorney who wondered what the economy is really up to and it became clear to me that even in many educated households the topic of economy is not only confused, it is also divided in Fox News camps and CNN camps. The power of the media and spin masters at work.

It’s hard to give a true thermometer rating of the economy at this point because individual success stories rapidly become mainstream opinions if the parameters are not clearly defined. To give an example, Jacksonville headquartered CSX came out with its first quarter 2010 revenue increase of 11%, prompting its CEO Michael Ward to forecast a “gradual and steady” improvement in the economy throughout the year.

Although I’m happy for CSX and for its 2,500 railroad workers the company had to send on furlough last year, the notion that the economy is on a steady track upward, is not only quite biased, it is also confusing for many out there that are daily confronted with harsh realities.

To be more accurate would be to say that:
1. CSX’s numbers relate to the same period last year, which we all know, could be qualified nationwide as the worst performance in many decades. But still an improvement is an improvement.
2. Part of that improvement  for CSX is a direct result of the 2,500 workers being sent on furlough, which would not only save (part of) their salaries, but also their operational expenses, from lights turned off in an office to company cars being parked.
3. CSX is one of the larger rail road distribution companies in the US, which means that contracts are usually longer termed with effects drawn out over a longer period of time. The CSX numbers do not necessarily reflect an increase in demand for the entire industry they operate in. If so, that would truly qualify as an indicator that the economy is picking up speed
Some of the smaller operators in the field may however have been forced to close entirely, adding potential volume to CSX’s portfolio. In other words CSX may just have gotten a larger market share of a smaller market volume.

To really abstract a true picture of economic recovery would require a total supply and demand analysis and comparison, bearing also in mind how many railroad cars and locomotives are still parked in non- productive areas, load factors versus pricing etc.

There is a price to pay

In general we can safely say that the drop that caused the recession has been halted for most industries except construction, which, in view of the trillions of dollars of public injections, should not come as a surprise. There will be a price to pay for that on the short, medium or long term, that’s a fact as well. We can manipulate to a degree which timeframe will be chosen, but hyper inflation will be the major result.
With the government slowly closing the faucets of Fed help, it is now the turn of investors to decide whether the market gives enough confidence to pull their money from “safe spots” such as US treasuries and bonds and start re-investing in profit opportunities.

It may seem to a lot of people that Wall Street has already embraced a strong recovery considering the Dow ending up today at 11,123, with both Nasdaq and S&P following strong. What most people don’t realize however is that these numbers operate on a 25% volume level from 3 years ago. This means that small investors are not back in the stock market, because they were either wiped out or think this whole bull rally is a head fake.
With that in mind I have to point out that there are some other potential “snakes in the grass” for the long term recovery scenario. One circles around the question if China and other foreign carriers of the US Sovereign debt are willing to bet on the US Dollar and the American economy to robustly come back. The other one is the unfortunate position of the largest economic engine, which is the price of oil.

If the circus trapeze act currently in progress continues responsibly and banks are forced to lend again (at least to expanding businesses) instead of play casino on Wall Street with cheap money from the feds, we may see a recovery. If so, it will be a relatively short one, because there is still so much more laundry left over from the indulge times that needs to be washed.
The inventories in every field of construction are mind boggling, so it is save to say that unemployment will still be high in the 7% area by the end of 2012. And that in turn will mean that it will take a long time before consumer confidence will again generate 70% of the US economy, if ever.