As Luxury Travel is Rebounding 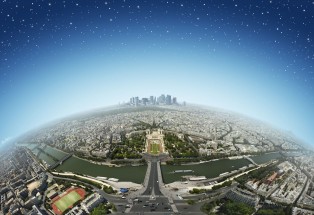 From the Paris Hilton to La Defense

In a world of technological advancement where travel agents were once doomed with extinction, an amazing group has managed to turn the tables on that fate by using the internet to offer niche market exclusives.
As the economy is turning primarily in the luxury spending categories, Virtuoso Luxury Travel agencies have turned into  the pied piper of the travel business,  not only helping to fuel the pent-up demand in that market segment, but also fulfill the needs.
People who put off a trip last year in order to save some money are now returning to the market and the results are being seen firsthand in many upscale destinations.

A survey among 250 Virtuoso member agencies also found that travelers in 2010 are booking longer vacations to more distant destinations. More than 70 percent of responding Virtuoso agents said their clients are “seeking international travel for 10-plus days.”
Other key findings were that:
• Travelers want an environment that provides a “private group setting” where “Spending time or reconnecting with loved ones” would be natural
• The top four most popular family travel destinations this year are Italy, Mexico, Hawaii and Orlando. Australia and Costa Rica tied for fifth place.
• Luxury cruise destinations will remain popular this year in Alaska, the Mediterranean, European rivers, Caribbean and the Greek Isles.

This remarkable recovery plays against the background of a greater dilemma revealed by a Cornell Hospitality sanctioned survey among 980 hotels worldwide, between December and February of this year about discounting room rates. The vast majority of hotels used discounting as the number-one tactic to offset the cash flow effects of the Great Recession of 2008–2009. Yet at the same time, most respondents who cut their prices agreed that discounting was not particularly successful in maintaining revenue levels. Discounting was one of four categories of tactics applied to offset the effects of the drop in corporate and leisure travel. The other three categories, in descending order, were marketing initiatives, obscuring room rates, and cutting costs.

Hotels that sought to attract new market segments reported reasonably strong success. Those that used rate-obscuring tactics typically assembled value-added packages, offered a free night with purchase, or made heavier use of opaque distribution channels. About one-quarter of respondents reported cutting costs, usually by closing facilities, taking the opportunity for renovation, or reducing operating hours. Asked for their recommendations for the next recession, the respondents said that they would avoid discounting and focus instead on market initiatives. For 2010, in addition to marketing programs, the respondents said that they planned to use rate-obscuring approaches, with an emphasis on value-added packages and reported that in the next downturn, they’ll focus more on marketing and less on price cuts.

Luxury agents have found a niche that works both in a traditional and hi-tech environment and this should be considered good news for high end Amelia Island properties.