ATLANTA RHYTHM SECTION will be performing as Saturday's Headliner at the Isle of Eight Flags Shrimp Festival on April 30th. 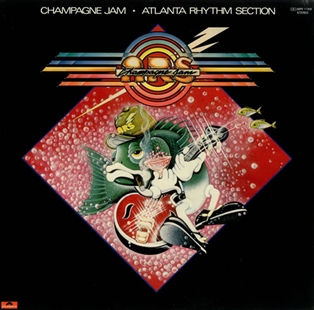 The Atlanta Rhythm Section (ARS) will be performing as Saturday’s headliner at the Islae of Eight Flags Shrimp Festival, April 30th, on Amelia Island. They have been part of the Southern Rock scene for more than 30 years. Their biggest hits include So Into You, Champagne Jam, Imaginary Lover, and Spooky.

With 15 albums of outstanding songwriting and performances, The Atlanta Rhythm Section represents all the good things the phrase “classic rock” implies.

The Atlanta Rhythm Section put out 15 albums of excellent original material, and consistently put on entertaining live shows-both of which helped establish a broad if not huge fan base.

Based in Atlanta, Georgia, their hits had a softer, pop sound, and they were slipped into the “Southern Rock” category.

A few years ago, Ronnie Hammond, former front man for the band expressed an idea that is a good place to end this for now – that history hadn’t really judged ARS yet. Ronnie retired in 2002.

As a sad footnote to this story, Ronnie Hammond passed away on March 14, 2011 from a heart attack. He was 60 years old. Justin Senker, Bass guitar player for ARS wrote, “Ronnie filled the world with his amazing voice, the beautiful music he wrote and his enormous heart. His ability to breathe life into a song and to give a recorded-track real human-emotion was truly profound. As our friend and band-mate Steve Stone put it, when Ronnie sings you not only hear the words, but you can ‘feel’ them.”

For more about Atlanta Rhythm Section and their outstanding musical history, visit their website at www.atlantarhythmsection.com.

To see them in action, come to the Isle of Eight Flags Shrimp Festival in historic Fernandina Beach, Florida.