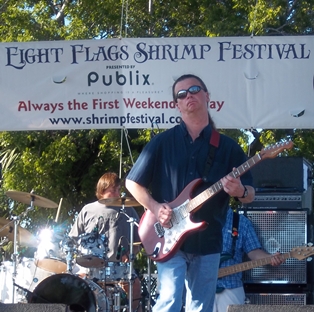 Atlanta Rhythm Section rocked the 2011 Isle of Eight Flags Shrimp Festival! Headlining the main stage on Saturday afternoon, ARC had the crowd singing along and dancing to hits like Spooky, So Into You, Doraville and other album rock favorites.

An appreciated crowd let the boys in the band know they wanted more with several minutes of applause and shouts bringing them back to the stage for an encore!

Atlanta Rhythm Section is coming out with a long overdue album, With All Due Respect, featuring the single, Sleep with One Eye Open.

Whether you missed their performance or you just want to relive the highlights, here is the video: