Beach Life Does Not Fit A Baby Grand

amelia island, living on the beach

Curtis, the piano technician who used to tune my piano, explained that despite the best dehumidifying and care the piano would not survive three years on the beach before requiring major overhaul. 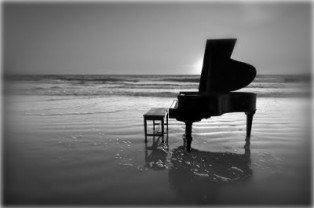 Baby Grand on the Beach

So we sold our home in North Hampton and moved to the beach. I had no idea that a distance of less than 10 miles could make such profound difference in lifestyle, but it has. The island ambience is so different from the other side of the causeway, in a good sense. I guess because I live on the beach, even the weather feels different. There is an almost constant breeze from off the shore that even on the hottest days takes the edge off.

When our home sold I knew immediately, and shared with my husband, that I felt we should move to the beach. It was an excellent decision. We now enjoy walks on the beach in the evenings together, sometimes we take Max, our dog, and watch him frolic around children and jump in the water. He loves both! As we walk, we sometimes meet friendly people, both local and tourists enjoying the same perks we have now come to love.
My new business, Lashem-n-Leavem is located only 10 minutes away at Palmetto Walk, actually everything is only 10 minutes away…lovin’ it!

As we were packing and moving into our new beach home I could think of no negatives in this life’s scenario as it unfolded. Everything seemed to fall right into place and felt absolutely perfect!
And then it hit me…..my beautiful Baby Grand! What would the salt air do to the harp and strings? Wouldn’t it corrode? I called the piano store where I purchased it and asked if I could purchase a damper, dehumidifier and anything else that would help protect my cherished instrument.

You see, I have played the piano since I was eight years old. (No folks, not tellin’ how many years that adds up to!). My teacher was a graduate of Julliard and, at times, she also performed at Carnegie Hall. Not that I was ever that great but it was enough training that since my youth I have been able to read just about any piece of music of my choosing and then commit to memory my favs. Virtually every home I have ever lived in since eight years of age was furnished with a piano and playing was my joy, my therapy, my pastime and the way I entertained myself and others.

So I called the store where I purchased my piano and Curtis, the piano technician who used to tune my piano, explained that despite the best dehumidifying and care the piano would not survive three years on the beach before requiring major overhaul. Pianos must be housed a minimum of one half mile from a coastline to prevent salt corrosion, he explained. Oh, horror! I had not thought of that. I look back and wonder if I had, would that have been enough to influence a decision to live further away from the sand and surf….hhmmm.

At any rate, replacing the harp and strings of a baby grand three years from now was not something I was willing to put the piano through. It had a wonderful tone and to risk altering that, was not worth it.

So I sold my beloved Baby Grand

I was able to sell it fairly quick and it went to a good home; the home of a young family whose son is taking lessons. They fell in love with my baby grand the way I had 9 years ago when I purchased it. I was glad.
I simply convinced myself that I was getting older anyway, just cannot learn and memorize new songs as quickly or easily as I once did. Wasn’t I also just so busy now, far too busy to spend much time playing piano, anyway?

But then, on many evenings I habitually turned to go toward the keyboard, to play, to relax, to my therapy. Ooops…forgot.
So, a few months went by since we moved into our beach home. You know; the one that does not have a piano. Actually, the one that has no musical instruments in it at all. Somehow that seems sad. But, whatever, right?
Ok, truth be told I just couldn’t take it any longer. I have to play music. What if I choose an instrument that can weather the salt air and is more “social”; that says, “have instrument-will travel”? I can already read music so that’s a hurdle I did not have to jump. But what should I choose? I never learned any other instrument, save the triangle.

So I started researching, reading and asking my musically inclined friends. Tonya, a girlfriend of many years who teaches piano in her home, guitar and clarinet at Gulf Coast Community College explained to me that there is a way she teaches guitar to some groups of individuals called “recreational” guitar. It is tabular, not note reading. The basic chords are fairly quick to learn (except for F major I’m finding) and, unlike a piano, you can take a guitar with you anywhere. Even if salt affects the strings I can just replace them with new ones.

Ok, I’m game. I can purchase a less expensive guitar and, if I turn out to be any good at this I can buy a better one later. So off to the Guitar Shop I went.

Now in the aftermath of that decision, let me say, I really, really like my new guitar. It was the last Canadian made guitar they had. Classical, less than $250 with an extra set of coated strings, picks and a tuner. I am learning to play the chords (teaching myself…isn’t Youtube grand?) but it is very different from the chords on a piano. When playing piano, your fingers tend to just fall right into the correct positions for movement. Not so guitar! Stretch, stretch, I never knew my hands were so small. But I have no desire to give up. The tips of my fingers are now moving from sore to numb. Hurts like the dickens, as southerners would say. But I am motivated. I believe these beautifully contoured pieces of wood with the tautly pulled strings may be just the ticket.

Stay tuned, I may be playing for you someday at a future Amelia Island Blues Festival!