Domestic violence is never justified, period. Women, too, must know that they should not tolerate abuse, and that help is available. 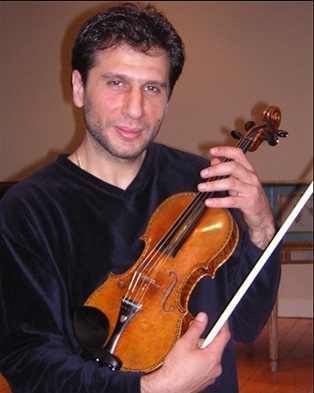 October is Domestic Violence Awareness Month and this month is the 15-year anniversary of the federal Violence Against Women Act. Despite 15 years of increasing awareness, women are still being punched, kicked, stabbed and thrown down stairs in shocking numbers. Many end up in emergency rooms after enduring months or years of assaults. Some pay with their lives.

Domestic violence is a national issue, a Florida issue, a Nassau County issue, a Fernandina Beach issue, an Amelia Island issue. It is your issue and my issue. It is everybody’s issue.

Then U.S. senator, Joe Biden placed the issue squarely on the national agenda when he drafted the legislation that became law in 1994, that provided money to fight domestic violence. Last June, Vice President Biden announced the appointment of Lynn Rosenthal as White House Adviser on Violence Against Women, a new position created to work with the president and vice president on domestic violence and sexual assault issues.

“The worst imprisonment in the whole world is to be imprisoned in your own home,” the vice president said. “The most vicious of all crimes are domestic crimes.”

About 1.5 million women are raped or assaulted each year by a spouse or boyfriend. However, he added, “There are no statistics on how many cases are unreported. Who knows the real number?” (ABC News June 26, 2009)

Before the onset of high unemployment, there were times when families received reprieves because the abuser was at work. But, with the economic crisis, people are losing their jobs leaving abusers at home for longer periods – creating the potential for more violence. Florida Voice Newsletter, Summer 2009, page 5.)

“Why do women stay in abusive relationships? Why don’t they just leave?” you might ask. It seems so simple!”

Logic would dictate, if someone is being abused, she/he would run, unless there was something she/he enjoyed about this dysfunctional relationship. And, if that were true, she or he would also deserve it. You stay; you deserve it!

What is the answer to this perplexing dilemma? Take a self esteem class, an assertiveness training class or work on mustering up something against this ridiculous addiction. Get a grip on yourself! These are common sentiments.

Yet these shallow attitudes are simply a way of our putting our heads in the sand and avoiding the issue. It’s easier than facing this huge national issue that is right here in our county, in our neighborhood.

Actually, the reasons the abused stays are far more complex than a simple statement about a victim’s character or strength of will.

Women often stay in abusive relationships, mistakenly believing that if only they tried harder to please, their partners would not harm them. Others are just too terrified to leave, having no money or place to go.

For those who came from dysfunctional families, families in which they were routinely beaten and emotionally abused as children, they know no other patterns of behavior and have learned to expect frequent incidents of violence. It may simply be considered normal to them!

The anxiety of waiting for the next outburst of violence is often more stressful and agonizing than the violence itself. They hate not knowing when they will next be hit, kicked, punched, burned, bitten, or stabbed, and they would rather “get it over with” than not know when the next incident will occur.

Often, it is dangerous for a woman to leave. If her abuser is economically abusive and withholds all family money from her, leaving can lead to additional hardships, especially if children are involved. Leaving could mean living in fear of being stalked, of losing custody of the children (parental abduction is common), of losing financial support, and experiencing workplace violence. In many cases, they don’t have property that is solely theirs, they are not employed outside the home, and their abusers have cut off their bank accounts and access to cash. They have no money. The abuser usually makes sure that his victim is powerless, in every way possible. Frequently, the outraged abuser follows the abused to work, which can lead to job loss and/or placing co-workers, clients, and members of the general public at risk.

Abused women experience isolation, shame, embarrassment, and humiliation. They may not immediately leave an abusive relationship because:

So, you see, ending domestic violence or even significantly reducing it requires that each and every one of us become aware and take action. It will take educators, ministers, neighborhood leaders, coaches and others to send the message to boys and young men that domestic violence is never justified, period. Women, too, must know that they should not tolerate abuse, and that help is available.

Hopefully, at this point, you are asking yourself, what can I do?

Here are a few suggestions:

If a woman or a man who is being abused comes to you for help, you can:

If an abusive person confides in you:

Perhaps you may be reading about yourself and you are wondering if you are an abuser. If so, you’ve already taken a huge step! So, let’s be clear:

Abuse is a pattern of behavior in which physical violence or emotional coercion is used to gain and maintain power or control in a relationship.

Although you may think you are only feeling angry, abusive behavior, in fact, represents many intense emotions which mask vulnerability, anxiety, fear, confusion, and helplessness and ultimately, feelings of being out of control. The use of violence to deal with these intense emotions is an effort to feel in control. Unfortunately, this control is at someone else’s expense.

If you are an abuser:

Today, it is worth pausing to celebrate the passage of a law that finally recognized domestic violence as a major national issue worthy of the attention of Congress, the president and the American people. It is your issue, it is my issue. Domestic violence is our issue.

Be sure to support Micah’s Place, Nassau County’s certified domestic violence center. Contact them 491 6364, donate money or clothing, or volunteer.

Also, make it a point to attend their special events year round and especially for October, Domestic Violence Awareness Month. This way, you support them and have fun, too!

Make a commitment to attend:

Benefit Concert: “Russian Violinist, Rafael Javadov, Returns to Amelia” October 15, at the Florida House Inn. Doors Open at 7:00 and concert begins at 7:30. Seating is limited. Tickets are $50 and can be purchased at the Florida House Inn and/or from Diann Schindler, (904) 477 4134. Don’t miss this world renowned violinist play folk melodies, jazz infusion, pop, and world music with his electric violin. For more information call (904) 477 4134.