Between Jake Barnes and the Wide Blue Yonder

Hemingway’s Jake Barnes shared his experience with the compulsion to flee overseas as an interpretation of green grass and high tides, somewhere over the next hill or so. 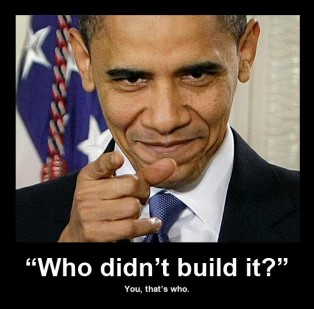 Who didn't build what?

Hemingway’s Jake Barnes shared his experience with the compulsion to flee overseas as an interpretation of green grass and high tides, somewhere over the next hill or so. Hemingway worded it as “Listen, going to another country doesn’t make any difference. I’ve tried all that. You can’t get away from yourself by moving from one place to another.” Of course Hemingway, who was born today, 113 years ago in Oak Park Illinois, made this alter ego observation when in his twenties, disillusioned by a war on a global scale, the perfect embodiment of the aimlessness and perpetual dissatisfaction of the roaring twenties Lost Generation.

Jake Barnes of course is the main character in Hemingway’s “The Sun Also Rises”, arguably Hemingway’s most important work, which is placed in the Spanish City Pamplona during the annual running of the bulls and bull fights.
No need to expand on the novel here, other than, if you haven’t read it, it’s still not too late, considering that the world once again is dealing with another Lost Generation.

But Jake Barnes referred to his personal dilemmas when referring to the uselessness of “moving to another country”. His observation was neither driven nor abstracted from national megalomania and the growing omnipotence of government.

I received a good number of number of reactions on my observation http://www.searchamelia.com/does-obamacare-encourage-the-incarceration-option that it may be a smart move to look at the expatriation option before Obama’s Health Care Plan reaches 2014. Most of the questions were laced with the concern about being powerless to change the the course this country has taken in recent years. There is also a frightening lack of courage to face the consequences of standing up against the administration and its enforcement bullies. Yet the main question is: What can really be done to change the course of this nation?
Well the most important thing is to stand up for what you believe in…and face the potential consequences! People say, you cannot fight the government and if you’re talking violence I totally and emphatically agree. Governments these days have incredibly advanced weaponry that will take out a sizable militia in the time it takes to boil a cup of water in a microwave. The only way to force change after ignoring government’s folly for so long, is the Ghandi way.

I am more than ever convinced that Obama’s administration has now landed this nation in the same quicksand as Europe entered 30 years ago when I left. If there is anyone out there who still has reservations about this than they should read and understand what Obama said and meant when he uttered “Somebody Else Made That Happen“. All the credit for individual achievement goes to collectivism. Obama tossed a hunk of juicy steak to the ravenous masses and received an enthusiastic response when he declared, “If you’ve got a business – you didn’t build that. Somebody else made that happen.”

We have now reached the point where it doesn’t matter it its economic ignorance or malice, fact is that a free economy, the power that this nation was built on, is no more.
The real problem however is that I don’t see fury in the other camp. I don’t see anger coming from the deep passion that once personified America. Obama’s influence on America has helped transform it into a place where formerly free people are being denied the “inalienable right” to live as individual entities with individual hopes, dreams or goals.  Neither are Americans any longer free to pursue personal success or happiness without government interference or censure, an enormous amount of pity roadblocks.  And if they do overcome, those successes are now being publicly put down as not really personally achieved.  Obama’s tactical delivery advocates for collectivism versus individualism and that my friends is truly the beginning of the end for this nation that invented a free enterprise economy and experimented with a new form of government called Democracy.
But to all those readers who did not stand up against the politicalization of the economy when there was still time, your choices are now:
a. live as good as you can in Obama’s world
b. walk away into the wide blue yonder while you still have time
c. join or create a phyle that can develop enough non violent opposition to carve out a legitimate place in this new country no longer protected by the constitution.

I would think that most people have already settled into option A by accepting whatever comes their way, whether Obamanesque or Romneyesque. Feed them slavery in bite sizes and they will get used to the idea in a glow of collective happiness. Sports, religion and alcohol serve as the Kool-Aid.

Option 2 is mostly considered un-patriotic in today’s America and only the solution of those who know and understand. But
Option 3 is basically home-grown and comes in varieties. The one that stands out in my mind is the lifestyle of the Amish and especially the education and tax war they have fought (and won) against state and federal authority.

The following is an excerpt from a friend’s note, who has chosen to remain anonymous in his insider knowledge of Amish History.

• A peaceable people – a society in which the bearded men refuse to wear moustaches because such were worn by the military men of Switzerland (and the Netherlands) hundreds of years ago when these sects reared up and began to be noticed – the Amish refused to pay either state tax or federal Social Security, or to permit their children to be trained in government schools.
The government, in turn, ordained that these were among the worst of social Fifth Columns, undermining the very basis of statist sovereignty. Heads were decreed to roll,  after all no one was allowed to reject the Education Department’s latest approved textbook!
As so ordered, the Amish appeared in court, stated their disbelief and disapproval of statist education, taxation and welfare, and declared that the State of Pennsylvania and the US government were simply, flatly, wrong to demand compliance with any such ungodly nonsense. They insisted that training children would remain the family’s duty and right, and that the poisonous dogmas of overweening American government would have no part in it.
Of course, the court ordered government schooling and tax-paying to commence at once; the Amish said that they would not comply. End of discussion.

Well not really. They were, in the manner of good old American jurisprudence, found guilty as charged and sentenced to serve time in the Federal Penitentiary – presumably to become penitent for their intemperate insubordination. In an act calculated to incite flight and afford an opportunity to act with the deadly force for which both Pennsylvania’s and the federal government were renowned, the prime defendants were released upon their own recognizance. They simply promised to present themselves to begin their sentences on the required dates.

Came the date, the men were all present and accounted for, each with his neighbor who had driven him and accompanied him as a spiritual and emotional bulwark in what appeared to be the beginning of bleak, lengthy imprisonments. The convicted men were indeed incarcerated.

But then came the miracle:

After a relatively short while, the inimitable geniuses in the uppermost ivory towers of government began to feel a dull, gnawing anguish that what they had done was not only wrong, it was obviously wrong, and even each of the most common dolts to whom the elective franchise had been given could see this without the least reflection or hesitation.
How, in fact, could the all-knowing, beneficial, father-like (uncle Joe-like) government justify incarcerating the men folk of a community that was, above all, peaceable and harmless?

In this event, the governments could not, and the governments caved, starting with the federales. They sent craven lackeys to the incarcerated with a “deal” that had been cooked up in Washington, DC, in which these folks were provided with a “get home free” card, courtesy of the IRS and the then-nanny-state’s equivalent of today’s Department of Education.

At this remove – and this is certainly not any kind of “scholastic” interest of mine, nor am I able to remember all of the details after laying the subject down twenty-plus years ago – I cannot recall whether the first concession was that the Amish could legally avoid paying FICA and income tax, or whether their children could be “educated” in local one-room schoolhouses in which eighth grade would fulfill their duty to government, if not to God.

In these eight grades, the children were expected, in the case of boys, to come out knowing how to do the math to frame up a timber barn; the girls were expected to know how to figure recipes, scaling ingredients from between two to fourteen (!). They all were expected to learn the German of their fathers (Pennsylvania Deitsch) and the English they would need to go about in the world of the “English.” (Their cash crops were not their grain crops – a third of which went to feed the horses and oxen used to till, plant and harvest – not the fecundity of their kitchen garden vegetables, but their livestock, the raison d’être of the Amish farm. Bartering with each other, they demanded from the English cash on the barrel head.)

The Amish one-room schoolhouse provides pretty good “training,” and radically above the scandalous non-standard of modern American “education.”
Absolution had been granted from FICA and federal tax based on the fiction that all the Amish did day in, day out amounted to “charity,” voluntary service, and not “work.” Only a government apparatchik could devise such an Animal Farm reversal of the plain truth. Therefore, no income tax could be levied on all this charity work (nor Social Security, already long since pronounced by the Supreme Court to be nothing but a tax).

Indeed, if you venture into the environs of Lancaster, Pennsylvania, today, you will find men selling fine oak dining sets, travel trailers, horse harnesses, and plant air and diesel engine repair services, all for a “donation.”

Now I’m the first one to keep an eye on reality and know that Amish, Mennonites and to a much lesser degree Indian Tribes, Mormons(?) and many other “subterranean” quasi religious groups have to various degrees fought government on tax and education issues. And by and large won some of the battles. But remember the key words are peaceful and harmless.

I hope Jake Barnes was right and Americans will take back their country; even if it would mean partial secessions of like minded groups.