Beware of Financial Mine Fields

This really sounds great, the only problem is not applying for the loan, but actually getting the loan. You see, banks have no reason to loan today. 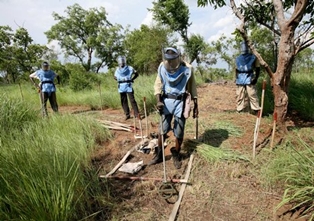 Have you noticed the price of gasoline lately? I have watched it move as much as nine cents in less then twenty four hours. I guess my question is like that SNL skit, “What Up With That”? I have asked in the past for explanations on how gas can go up one day and down the next and I get answers all over the radar scope. Everything from the cost of delivering to the cost of drilling and refining the product. I do know one thing, it is you and I who ultimately end up paying for it at the pump. I think we may see $3 per gallon before long, that should help the economy, don’t you think?

Another rate to watch is mortgage rates. There are some lenders offering mortgages as low as 3.76%. Not a bad rate and folks should take advantage of it by either refinancing or buying a home. This really sounds great, the only problem is not applying for the loan, but actually getting the loan. You see, banks have no reason to loan today. They are comfortable in their own financial world.

Today they are borrowing from the Fed, (you and I) at 1/4% interest and then buying Treasury bills at a 3.5% return. No exposure, no risk. So where does the consumer fit into this picture, the simple answer is, they don’t. Our economy is on thin ice and it is getting thinner daily. If we don’t stop the foreclosures in this country the average home owner, or commercial property owner will have no value in their property before long. Most folks are under water today and sinking deeper.

I’m always reminded of the man in Clay county who received a letter from his bank telling him that he could refinance for a much lower rate, in fact the bank was offering to pay for the apprasial, survey and termite report. He called his bank and made application. A couple of weeks later the appraisor sent the report to the bank. The property was worth less then his current first mortgage, they called the note due. If he had not responded to this fantastic deal he would still be in the house, instead he lost it. Be careful today when walking through the financial mine fields out there. You may think you are on solid ground just to discover you’ve lost the game.