Despite the occasional headline-grabbing failure of computerized high-frequency trading, it still accounts for roughly 50 percent of all trading volume. 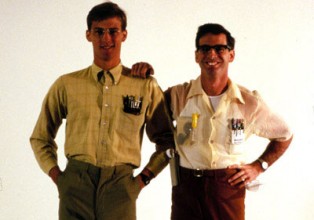 Computer Formulas are only as good as the flexibility of change

The above quote is actually from American investment sage, Warren Buffett, who is known to eschew technology stocks in particular (even Apple) and technology itself in general. He may be on to something.

On October 19, 1987, the Dow Jones Industrial Average went into a free-fall that was exacerbated by computerized “portfolio insurance” trading strategies. By the end of the day, about $1 trillion of market value evaporated, according to CNBC.

In the fall of 1998, hedge fund Long-Term Capital Management imploded and had to be bailed out by a consortium of investors orchestrated by the Federal Reserve, according to Investopedia. The fund was led by Nobel-Prize winning economists and employed sophisticated computerized trading strategies that eventually ran amuck.

During the week of August 6, 2007, as the subprime mortgage crisis was gathering speed, several large hedge funds employing quantitative investment strategies “blew up” and lost billions of dollars in just a few days, according to Scott Patterson, author of the book, The Quants.

A “Flash Crash” on May 6, 2010 wiped out $862 billion in market value in a matter of minutes and was triggered by a computer-driven sale, according to Reuters and Bloomberg. Within four days, the entire loss was recouped, according to data from Yahoo! Finance.

Last week, Goldman Sachs announced that it was closing one of its well-known hedge funds that relied on computer-driven trading strategies after it racked up substantial losses this year. At its peak, the fund had $12 billion in assets, according to CNBC.

Despite the occasional headline-grabbing failure of computerized high-frequency trading, it still accounts for roughly 50 percent of all trading volume in the United States, according to Bloomberg. Based on complex mathematics, computer-driven trading is defined as, “A technique that relies on the rapid and automated placement of orders, many of which are immediately updated or canceled, as part of strategies such as market making and statistical arbitrage and tactics based on momentum,” according to Bloomberg.

With this technology takeover of Wall Street, a new element of unpredictability has entered the financial markets. The above examples show how volatile things can get when computer models go haywire.

So, some of the volatility we see in the markets these days may be exaggerated by computerized trading—both on the upside and downside. While we may not like it, we need to get used to it.