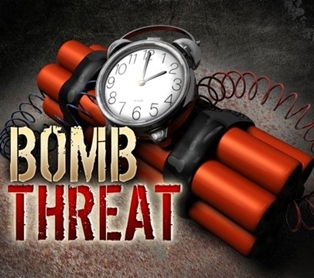 Press release from the Fernandina Beach Police Department – Three unusual bomb threat calls were made to area businesses today, in each case the caller attempted to extort money from the business by having the business deliver money electronically via a Green Dot Card.

The first call was received by Walgreens on Sadler Road at 2:22 PM, the second call went to the Dollar Tree in Amelia Plaza at 2:35 PM and the third call was made to the Radio Shack in Amelia Plaza at 2:42 PM. In each instance the male caller was described as having a Middle Eastern accent. The caller threatened to detonate a bomb in the store if the manager did not load money onto a Green Dot Card within ten minutes.

Fernandina Beach Police Officers, assisted by Deputies from the Nassau County Sheriff’s Office, responded to each location and coordinated a search. No devices were found at any of the locations.

These incidents appear to be the tied to a series of bomb threat extortions that have been taking place nationwide since 2013. Most recently a business in Alachua County, Florida was targeted last week and in November stores in the Atlanta area were targeted.

While none of these calls have resulted in the detonation of any explosive devices, each instance is taken seriously until the store is determined to be otherwise safe.