BP oil spill in the Gulf of Mexico about to wreck the same shores that were devastated by Hurricane Katrina a few years ago. 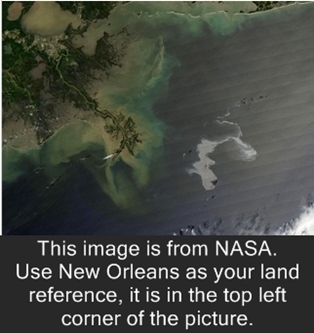 The BP oil spill in the Gulf of Mexico is about to wreck havoc along the same shores that were devastated by Hurricane Katrina just a few years ago.

The President has ordered Janet Napolitano to use all available resources from Homeland Security to investigate the explosion that caused the spill and to oversee British Petroleum’s progress on the clean up efforts. This is a substantial release of hazardous materials and will require ongoing cooperation between many, many agencies. Controlled burns have begun to burn off some of the oil before it hits the shores. Dispersment agents to break up the oil slick have also been used. Booming efforts using 220,000 feet of materials to help block the spill from Louisianna, Mississippi, Alabama and Florida’s coastlines have already been deployed. Napolitano is urging BP to “engage in the strongest possible steps” to protect our shoreline, wildlife and land.

This region of the United States will be changed in unimaginable ways, as an estimated 210,000 gallons of oil per day is expected to continue spilling into the Gulf for at least the next three months! We will be following this story for a long time.

The economic impact could be catostrophic with the loss of the shrimping and commercial fishing industries, including oyster harvesting. The blackening of tourist beaches and the stench of dead fish and other wildlife will ruin tourism. Fishing and tourism is what this coastline counts on for its economic survival, pray for a miracle!