Brick of Cocaine Found on Beach 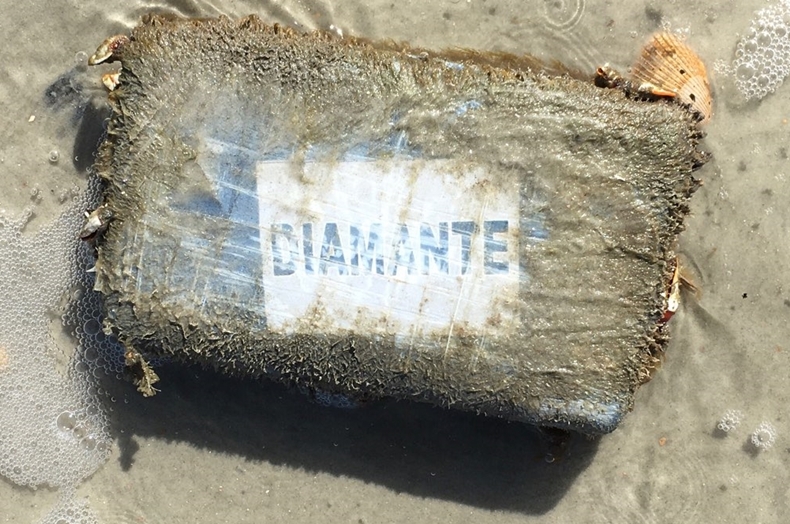 Local women find brick of cocaine on the beach of Amelia Island!

A casual walk on the beach on Amelia Island, Florida, turned into quite a discovery for Robin Childers and her friend, Sherry, on November 7, 2019, when they came upon a brick of cocaine. Park rangers and other local agencies didn’t hesitate to have the substance tested and it indeed turned out to be pure cocaine. After a quick search on the internet, I learned an uncut kilo of coke is worth about $20,000.

NBC News and the New York Post reported in early September of this year that over a dozen bricks washed ashore in Cocoa and Melbourne Beaches after Hurricane Dorian. It appears the brick found by Robin and Sherry took a longer route and ended up at Fort Clinch State Park. The local brick had the same lettering, “DIAMANTE” as the South Florida narcotics.

This isn’t Amelia’s first illegal find. While it hasn’t snowed on Amelia Island since 1989, nearly 25 tons of marijuana washed ashore – from one end of Amelia Island to the other – on Thanksgiving Day in 1977. Local tales describe how the crew of the Gilberto, a Colombian vessel, accidentally ignited their fuel tanks when trying to destroy a ship-full of evidence near the jetties at Fort Clinch.

What will you find beach combing?