Burglary to an Occupied Dwelling Arrest

Members of the Fernandina Beach Police Department's Patrol and Detective Bureaus worked together to identify a suspect. 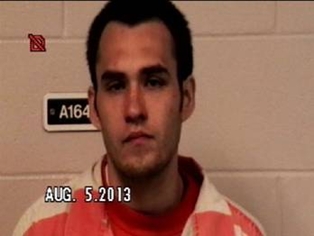 During the early morning hours of November 6th a home owner in the 200 block of North 15th Street was awakened by a noise in her home. Upon checking her home she found her door standing open and a male fleeing from the area. The suspect was able to make an escape after which the home owner found various personal items, including a laptop computer had been stolen from her home.

Members of the Fernandina Beach Police Department’s Patrol and Detective Bureaus worked together to identify a suspect. Their work paid off when on November 13th, they developed the lead they needed to secure a search warrant for a residence located at 1135 North 15th Street. Upon executing the warrant officers recovered the stolen laptop and other belongings stolen from the victim’s home. Officers also recovered other items that are believed to have been stolen from other victims in recent weeks.

Upon completing the service of the search warrant, officers arrested David Allen Keen of 1135 North 15th Street. He was charged with Burglary to an Occupied Dwelling and Theft. Keen is 22 years old and has an extensive arrest record to include assault and battery, loitering and prowling, burglary to a vehicle, theft, resisting arrest and domestic violence.