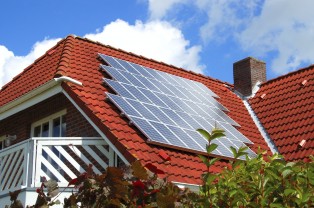 Growing up my mom would often remind us that on this earth only the rays of the sun were free. Everything else on this earth had a price tag attached. Well, that ‘free’ sticker appears to be no longer the case either, now that officials in Spain have come up with something that is so outlandish that I wouldn’t believe it if I hadn’t read it in official print. They’ve decided to start taxing people who have installed solar panels on their roofs. And what exactly are they taxing? Their usage of the sun.

Believe it or not, they are actually taxing people’s use of the sun to generate electricity in their homes. No if that is not a classic example of bait and switch tactic, then I don’t know what is. First incentivize the use of solar energy with subsidies and tax credits and then wack them with a sun tax! I hear that the White House are kicking themselves for not having thought of this first. Especially since that move potentially opens the doors to a whole slew of other, equally absurd tax laws.

At least two international publications so far have labeled this taxation as “ludicrous” and “stupid.” A Forbes magazine reporter wrote, “You get the feeling that government officials, out of ideas, stared up at the sky one day and thought, “Why not? We’ll tax the sun!” Teresa Ribera, a senior adviser to the Paris-based Institute for Sustainable Development and International Relations, said the law was “illogical in terms of energy efficiency and costs” and “a serious invitation by the government for citizens to become even more anti-system.”

Personally I would like to ask the folks who came up with this idea a couple of questions like: “When did you take over ownership of the sun?” I’d also ask, “From whom did you acquire the sun?” And staying on the topic I’d want to know, “Are you also going to tax everyone who goes to the beach to get a sun tan? Because, while you’re at it, you might as well tax everyone who benefits in any way from the sun, which, of course, would be all of us.”

“Oh and one more thing….are you also going to put taxation on rain, like if I build a cistern and catch rain water for consumption? And how about chess pools used to water the fields and gardens? I was planning a little windmill in my backyard (after all I’m Dutch) to generate some wind energy. What type of taxation am I looking at”.

No, I’d better not give them those ideas. I’ve heard of some ridiculous laws in my day, and I’ve seen many politicians behave in incredibly audacious and irresponsible manners but I don’t think I’ve ever heard of anything quite this far-fetched yet. But then again my mom also warned us early on that ‘een kat in het nauw vreemde sprongen maakt’ or translated ‘a cat in a tight spot makes strange and unexpected moves.’

Our governments are in a very tight spot, which foreseeably will give this tax law in Spain enough momentum to also become potentially applicable in all the other countries under budget pressure, including the US.

What’s the most absurd law (existing or proposed) you’ve ever heard of? I’d love to hear about it.