Fernandina Beach, Amelia Island and Northeast Florida events held on or near the water 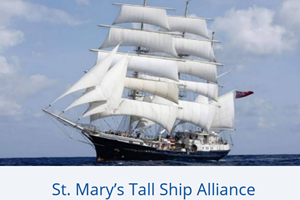 The tall ships Nina and Pinta are coming to Amelia Island 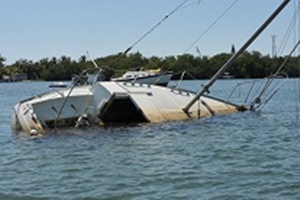 September fishing tournament benefits Folds of Honor, a organization committed to the families of the armed services who have been wounded or killed while serving our country.

2014 Blessing of the Fleet and Decorated Boat Parade

This traditional ceremony came to Amelia Island with the immigrants that settled here from Mediterranean fishing communities.

An update on the Vandenberg

In an effort to relieve fishing and diving pressure on the natural reefs more and more mothballed and retired government ships are being transformed into instant artificial reefs.

Sinking of the Spike

Located about 6 nautical miles offshore at GPS coordinates 30‚Äô22.489/ 80‚Äô53.692, the Coast Guard ship Spike is resting in 65‚Äô of water. She is ready to both dive and fish and promises to be a huge addition to the local fisheries of N. E. Florida.

The Nassau County Board of County Commissioners and the Ocean Highway & Port Authority are holding an interesting joint special meeting in Yulee, Florida. On Wednesday, July 15, at 1:00 in the afternoon, these two groups are meeting to discuss…
Read more

Nassau County‚Äôs newest public access to the river, Goffinsville Park, is scheduled to open on the 22nd of July. Located off of 107 in Nassauville, this new park is handicap accessible and features restroom facilities, a concession stand, a playground…
Read more

There are plenty of trucks pulling boat trailers heading to Fernandina Beach on Amelia Island for the 27th Annual Tournament of Champions Kingfish Tournament. This is a Southern Kingfish Association sanctioned event and brings some of the most experience anglers…
Read more

June 17th, 2009 to June 19th, 2009 is the Nassau Sport Fishing Association‚Äôs (NSFA) Tournament of Champions in Fernandina Beach, Florida. This is one of the largest events on the Southern Kingfish Association tournament trail, annually attracting the world‚Äôs best…
Read more

On May 27, 2009 at 10:21 AM charges were detonated onboard the USS Vandenberg sending her, in one minute and 44 seconds, to the ocean floor off Key West Florida. She is now noted as the second largest ship ever…
Read more

Calling all Shrimpers and Boaters!

Calling all Shrimpers and Boaters to the Isle of Eight Flags Shrimp Festival on Fernandina Beach on Amelia Island, the first weekend in May to participate in the blessing of the fleet.