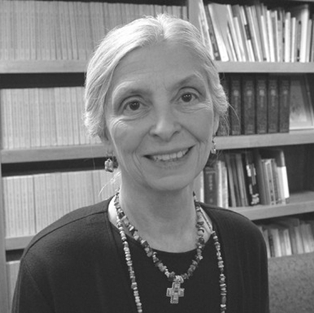 Come meet local author Anne M. Butler, Saturday, November 24th at Books Plus (11:00 AM) as she presents signed copies of her new book, Across God’s Frontiers: Catholic Sisters in the American West, 1850-1920..

Anne has written several books about the American West, with a focus on the many issues women faced in the 1800’s.

Across God’s Frontier calls attention to the struggles nuns dealt with when taming the Wild West. So, when the Vatican appointed an American Bishop in the spring of 2012, to “rein in the largest and most influential group of Catholic nuns in the United States,” Anne wrote the following piece for the New York Times, The Opinion Pages.

The following is used with permission from this talented author:

THE recent Vatican edict that reproached American nuns for their liberal views on social and political issues has put a spotlight on the practices of these Roman Catholic sisters. While the current debate has focused on the nuns’ progressive stances on birth control, abortion, homosexuality, the all-male priesthood and economic injustice, tension between American nuns and the church’s male hierarchy reaches much further back.

In the 19th century, Catholic nuns literally built the church in the American West, braving hardship and grueling circumstances to establish missions, set up classrooms and lead lives of calm in a chaotic world marked by corruption, criminality and illness. Their determination in the face of a male hierarchy that, then as now, frequently exploited and disdained them was a demonstration of their resilient faith in a church struggling to adapt itself to change.

Like other settlers in the West, Catholic nuns were mostly migrants from Europe or the American East; the church had turned to them to create a Catholic presence across a seemingly limitless frontier. The region’s rocky mining camps, grassy plains and arid deserts did not appeal to many ordained men. As one disenchanted European priest, lamenting the lack of a good cook and the discomfort of frontier travel, grumbled, “I hate the long, dreary winters of Iowa.”

The sisters proved them wrong. By steamboat, train, stagecoach and canoe, on foot and on horseback, the nuns answered the call. In the 1840s, a half-dozen sisters from Notre Dame de Namur, a Belgian order, braved stormy seas and dense fog to reach Oregon. In 1852, seven Daughters of Charity struggled on the backs of donkeys across the rain-soaked Isthmus of Panama toward California. In 1884, six Ursuline nuns stepped from a train in Montana, only to be left by the bishop at a raucous public rooming house, its unheated loft furnished only with wind and drifting snow. 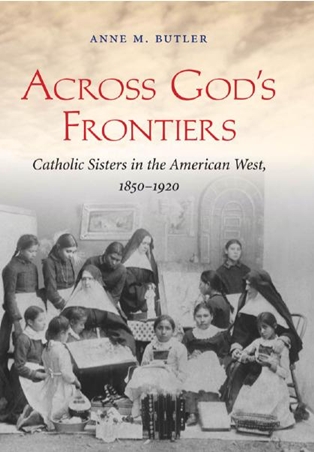 These nuns lived in filthy dugouts, barns and stables, hoped for donations of furniture, and survived on a daily ration of one slice of bread or a bowl of onion soup along with a cup of tea. They made their own way, worked endless hours, often walked miles to a Catholic chapel for services, and endured daunting privations in housing and nutrition.

There appeared to be no end to what was expected of the sisters. In 1874, two Sisters of the Holy Cross, at the direction of Edward Sorin, the founder of the University of Notre Dame, opened a Texas school and orphanage in a two-room shack with a leaky dormitory garret that the nuns affectionately labeled “The Ark.” The brother who managed the congregation’s large farm informed the sisters, who were barely able to feed and clothe the 80 boarders, that he could not give the school free produce — though they could buy it at a discount. The sisters also did 18 years of unpaid housekeeping work on a farm run by the men.

Sisters adapted to these physical, spiritual and fiscal exploitations with amazingly good humor. Still, they chafed against their male superiors’ unreasonable restrictions and harsh dictates. When they directly questioned policy, bishops and priests moved to silence them. A single protest could draw draconian reprisals on an entire congregation.

In 1886, four Texas priests demanded that Bishop John C. Néraz replace a superior, Mother St. Andrew Feltin, saying that she had “spread gossip” and warned her sisters “to beware of priests.”

Bishop Néraz threatened the sisterhood with disbandment and removed Mother St. Andrew from office. He hounded her for years, disciplined other nuns she had befriended, suspended her right to the sacraments, warned other bishops not to grant her sanctuary, undercut her efforts to enter a California convent and even urged her deportation to Europe. Finally, Mother St. Andrew laid aside her religious clothing, returned to secular dress and cared for her widowed brother’s children.

Six years after Bishop Néraz died, Mother St. Andrew petitioned her congregation for readmission. Donning her habit, she renewed her vows amid a warm welcome from sisters who understood too well what she had suffered.

Then as now, not all priests and bishops treated sisters badly, though the priests who reached out to nuns in a spirit of appreciation, friendship and equality could not alter the church’s institutional commitment to gender discrimination. And, as now, some bishops, dismissive of the laity, underestimated the loyalty secular Catholics felt for their nuns.

In the case of Mother St. Andrew, tenacity and spirituality triumphed over arrogance and misogyny. The Vatican would do well to bear this history in mind as it thinks through the consequences of its unjust attack on American sisters.