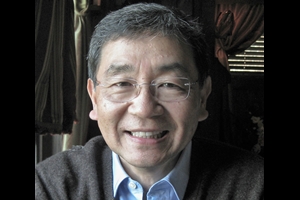 Eric Sakurai was appointed by the Festival's Board as the new Executive Director.

Eric Sakurai was appointed by the Festival’s Board as the new Executive Director. Eric has held a variety of corporate senior executive positions in operations and finance at major corporations in the Northeast and the Midwest. After his retirement in 2015, Eric held positions as the treasurer and board member with the Amelia Island Chamber Music Festival. He is also a former executive board member and mentor of Take Stock in Children of Nassau. Currently, he is a board member of the Guitar Foundation of America. He is a life-long, classical music enthusiast, and developed a strong passion for playing classical guitar in recent years. Eric and Gail, his wife of 50 years, have two grown children in Washington DC and Atlanta. “In my new role as the Executive Director of the Festival, I look forward to working closely with patrons, volunteers, artists, board/staff members, and all music lovers to bring world-class music and education programs to our community,” said Eric Sakurai.

Festival Board President Emma Mills Bledsoe said, “As we welcome Eric to his new role, we all stand and applaud Dr. Joe with our most sincere thanks for his years of dedicated leadership and service.” The Amelia Island Chamber Music Festival is celebrating its 20th season with an array of internationally recognized award-winning musicians from multiple genres. Respecting the safety of both musicians and the audience, the Festival has arranged for both live and virtual venues.

The first concert, featuring the Dover Quartet with Cellist Christopher Rex, is free and may be viewed online Sunday, January 31, 2021, at 2 pm. Information about this and all concerts and tickets are available at www.AICMF.com.