Changing Diapers is an Act of Love

Spending an average 1140 hours over 30 months changing diapers on a newborn, is a tremedous act of LOVE in my book. 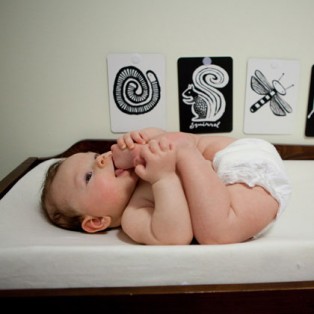 Diaper change is an act of love

Having been enriched with another grand child this week, my wife and I had a conversation one morning that I found enlightening in terms of mother appreciation. My wife went up to take care of the 19 month old grandson while his mother, our daughter, was focusing on bringing a new grand daughter into this world. At one point my wife told me that she had to change diapers of the grandson at least 5 times during the day alone. As an economist I naturally gravitate to numbers, so my brain started quickly crunching diaper sales numbers using various options and ages between newborn and 30 months old.

A little research revealed that a newborn on average soils 6,840 diapers between being born and 30 months old, at a total cost that hovers around $2,100 for disposable diapers and wipes. That equates to $70 per month on average, which I thought was quite reasonable. Doing the research however I also noticed that the price for diapers has almost doubled in the last 4 years and that is at least a bit alarming. Check here for the best pricing.

But then another thought struck me as much more relevant than just the cost of 6840 diapers!

So I asked my wife, who bore six children, how much time on average it takes to change a diaper and together we came up with about 10 minutes from fetching the new diaper to discarding the dirty diaper and all the smelly steps in between. To be truthful, I have never changed a diaper and never had the ambition to learn either, but I have witnessed close up and personal in recent years that a brand-new mother has no time to herself, and looking at spending 1140 hours changing diapers, 90 hours in the first 3 months alone, is a tremedous act of LOVE in my book.

Turning to my wife I smiled and said: “Do you realize that you spent 6840 hours of your life, or 285 days, changing diapers, raising 6 children?” That’s more than the duration of a full pregnancy, or if compared to a normal work year of 2,000 hours (50 weeks x 5 days x 8 hours) you were a diaper changer for almost 3.5 years! And that is only if you use disposable diapers. Imagine how many more hours my own mom spent on the “diaper issue” sixty years ago, when diapers were made of cotton cloth and needed to be attached with safety pins.

Well I don’t know about you guys out there, but that is an Act of Love I’d be honored to do a ‘Tebowing’ for if he hadn’t trademarked the move recently .