During the early morning hours of Saturday July 13th a rash of car burglaries occurred in our Pirates Bay neighborhood. 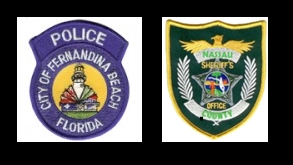 During the early morning hours of Saturday July 13th a rash of car burglaries occurred in our Pirates Bay neighborhood. Officer’s Paetsch and Arseneau were dispatched to a residence after a visitor to the neighborhood reported his car had been burglarized. The officers began checking the area and found where nineteen other vehicles had been unlawfully entered and rummaged through. Each of the vehicles had been left unlocked by the owners. Various items were stolen from the cars, including a surfboard, bicycle, lap top, Samsung tablet, cell phones, and sunglasses.

Later in the evening, Sergeant O’Leary and Deputy Kelley, Nassau County Sheriff’s Office, were dispatched to 1459 Robin Hood Drive regarding an unruly juvenile. The Deputies recalled that this fifteen year old juvenile and another juvenile had been arrested a week prior for auto burglaries. Both had just been released from juvenile detention and were currently on home detention.

A search resulted in the recovery of a laptop stolen from the earlier crime handled by City officers. The juveniles were interviewed by Fernandina Beach Detective’s Hamilton and Mazuryk. Both confessed to entering between 20 and 30 vehicles in Pirates Bay and both provided the locations to recover the stolen property. The majority of the stolen items were recovered from the residence of one of the juveniles, while other items were recovered from a vacant lot across the street from his house. Most of the stolen property has already been released back to the owners.