Conservative Columnists, the Redskins, and Will

It's sad that the media, that were once the American public's watchdogs, have morphed into "politically correct bullies". 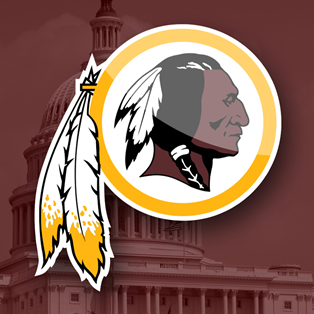 Media On Offense Against Offensive

The nation’s media is on the offense to protect the public from what they consider “offensive.”

Editors of several major newspapers in California, Washington State, and Oregon have said they will no longer allow “Redskins” to be used in print in their publications and syndicated columnist George Will’s opinion is no longer welcome in the pages of the St. Louis Post-Dispatch.

The papers dropping “Redskins” from their reporting say they are doing so because they consider the 80-year-old name “offensive,” while the Post-Dispatch announced that it would no longer carry Will’s column, because a recent one argued that colleges’ efforts to combat sexual assault made being a campus rape victim a “coveted status” and they considered that offensive.

Amelia Island resident, friend and former Associated Press Correspondent Rick Scott says he sees this as “an example of intolerance in the newspapers, which apparently feel now that THEY too must always be politically correct.”

Says Mr. Scott, “When they say they are dropping a column (Will’s) because it’s offensive, they should just say it’s offensive to them. By the way, this would make me wonder how much other news is kept out because the editor finds it offensive. My point is it’s not offensive to everyone. So I guess newspapers now print only the news that, in its opinion, is not offensive to a majority/plurality of its readers!

“In my journalism days, we EXPECTED to offend readers (whether we agreed with a story or not) because it was believed important for readers to get all sides of a discussion in order for democracy to work. I guess that’s just considered nonsense in these polarized times.”

Will’s column offered an anecdote from a student at Swarthmore College, in which a woman reported a rape after a former sexual partner wouldn’t take no for an answer. Will implies that because the incident occurred “with a guy with whom she’d been hooking up for three months,” she wasn’t sexually assaulted. “Six weeks later, the woman reported that she had been raped,” Will wrote in his column about the Swarthmore student.

I don’t – and neither does George Will or Rick Scott – defend the crime of rape. What Will is saying is that campus rape victims enjoy a privileged legal status because they are not required to prove anything or present any evidence to slur for life a man’s name and character and deprive him of an education. It’s kind of a modern-day form of lynching.

The Washington Redskins football team is being lambasted by many journalists and their editors for its eight-decade-old name they have now deemed offensive.

As Washington Times sports editorial correctly says “The Redskins name controversy is not about discrimination, it’s about power, pure and simple. Power, that is, for politically correct bullies to impose their view of what everybody else should and should not be permitted to say. The latest salvo from the bullies came from U.S. Patent and Trademark Office (PTO), which cancelled six Redskin trademarks.”

The Times adds, “It is preposterous to claim that anybody in America watching the Redskins on any given Sunday is doing so while savoring the horrors of Wounded Knee or lamenting Custer’s death at Little Big Horn. “This reality is why the claim that the name ‘Redskins’ perpetuates discrimination is a politically motivated pretext for nullifying the First Amendment and handing control over speech to politicians and bureaucrats in the nation’s capital.

As the editorial noted, the escalating tactics being used against the Redskins in recent months increasingly involve application of the full force of the federal government, including threatened prosecution by the FCC and the prospect of the IRS revoking the team’s tax exemption.

Closer to home, in the June 20 issue of the bi-weekly Fernandina Beach News-Leader Editor Michael Parnell in a lead editorial criticizing the dedication of a downtown statue to honor David Yulee began his anti-Yulee opinion saying, “I hate to agree with our former columnist Dave Scott on anything…”

My two-year-old weekly column, for which I wasn’t paid, was dropped from the paper in January because I was told “it was too heated” and some found it “offensive” and it is now obvious that one of those was the paper’s editor, Mr. Parnell. I was told once by the News-Leader publisher, Foy Malloy, that “our readers either hate you or love you Dave, there’s no in between.” So the ones that loved it lose, same as with Redskins fans and St. Louis readers of George Will’s commentary, not that I’m putting myself in their esteemed company, but am simply using my column’s cancellation as an example of how many of those that advocate for freedom of speech, only advocate it for those that think as they do.

It’s sad that the media, that were once the American public’s watchdogs have morphed into “politically correct bullies.”

(Dave Scott is a resident of Fernandina Beach, writes a weekly blog www.davescottblog.com, and can be reached at davidnscott@bellsouth.net)