The Amelia Island Plantation is fighting a different financial battle than the Ritz Carlton. Choosing the phone and a middle man organization is still very 20th century. 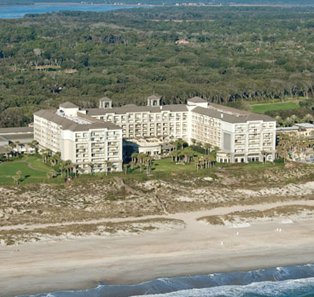 The following was brought to my attention.

The story is entirely a story on marketing resort properties, hotels, attractions and destinations in the new age. In a awkward way, the way the correction request came to us, it underlines to some degree what we are pointing at daily.

An organization in tune with the times and how we communicate these days would have commented directly on the story on the website in their own words, making sure there would be no space for mis-intrepretation or double entendre. The comment would have automatically been tweeted (Twitter anyone!) in alliance with the orginal story to thousands and thousands of readers, making all viewers instantly aware of the fact that Amelia Island Plantation is fighting a different financial battle than the Ritz Carlton. Choosing the phone and a middle man organization is still very 20th century.

Having said that, we at SearchAmelia.com, AmeliaBites and SearchAmelia.TV are extremely appreciative of the fact that we can now add the Ritz Carlton to our readership. Personally I felt that long forgotten moment from back in the seventies, when small issues like this were settled in a special column on page 3, left bottom, with the proud heading: Corrections.