Cruiselines Are Taylor Cutting their Programs 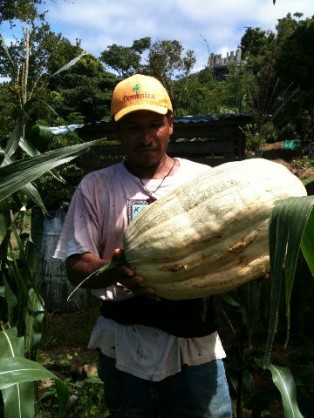 In an effort to attract an ever wider circle of customers with special interests, the cruise lines are starting to do some weird stuff these days.
Of course we have known specialty cruises for many years now. We did some fun radio station stuff in the early MTV days with Captain Burke (RIP) and his unfortunately defunct Windjammer Cruises in the 80s and since then we have seen romance/match cruises, blues cruises, learn to play an instrument cruises or how tot take great pictures cruises among many others, but Carnival’s initiative to host the First Horror Convention at Sea, gives it a new stretch, yet does not tickle my senses. The cruise is called “The Tides of Torture” and will feature stars from more than a half dozen “slasher” movies that include “Friday the 13th” and “Zombie’s Halloween.”

The four-night scare fest kicks off in Tampa on the 2,052-passenger Carnival Paradise and organizer Dark Star Fantasy Cruises says it’ll include entertainment by national acts, movie screenings, a “scream queen” contest and a “Dance of the Dead.”

Personally I’m much more interest in another trend that is being embraced in the cruise industry: food. Cruise ships have always carried the reputation of being a 24 hour a day food fest free for all, albeit not always on the level of fine dining. However latest studies have revealed that cruise consumers now rank fine dining as the number one benefit of a cruise vacation. A 2011 survey revealed that 3 out of 4 cruise consumers are looking for new and different dining experiences onboard ships.

And for those trendsetters I think we have found a once in a lifetime opportunity to join Amelia Island’s the Travel Agency on their Cruise and Cook Tour with Ritz Carlton, Amelia Island’s executive chef Thomas Tolxdorf on Oceania’s new ship the MS Marina on January 23 out of Miami. Chef Toxldorf, a known promoter of healthy cuisine directly from the farm to the table, will share techniques, choices and exclusive Caribbean excursions with the group on the islands of Tortola and Puerto Rico.
In addition to the EXCLUSIVE shore excursions, participants are receiving two complimentary PRIVATE cooking classes onboard the ship.

Here is a passage out of one of the Chef Thomas guided tour descriptions in the British Virgin Island of Tortola, where you will be taken by safari bus to the biodynamic Good Moon Farm, where plants are cultivated with the lunar calendar and fertilized with compost.

You will enjoy the scenic drive up over the high ridge to the north shore, and along the winding back roads to this secluded farm. Amidst these stunning views you will be made welcome with refreshing tea on the farm house veranda.  Feel free to start asking questions to the knowledgeable farmers, Aragorn and Drake.

– Now that you are settled in, you will be escorted around this beautiful farm where you will learn about the different local fruits and vegetables and be given the opportunity to fill a locally woven basket with sumptuous produce to bring to the cook out on the beach later.  Enjoy the experience of harvesting your own food, smelling the freshly plucked leaves and snacking on guava berries and fig bananas.

With baskets on laps you will take off on the second leg of your tour. En route along the ridge road you can catch views of Guana, Necker and Mosquito Islands, homes to the rich and famous, as well as Virgin Gorda, home of the famous Baths.  Take in the views and chew on a stick of sugar cane until arriving at Trellis Bay.

The “Yabba Pot” in which we will cook up your freshly cut vegetables will already be heated before your arrival. These clay pots produce a great heat in which vegetables are flavored with coconut oil and scotch bonnet peppers.  Rastas produce fantastic broths in these when preparing their ITAL food and today we will be enjoying a classic Caribbean dish of Pepper Pot with local seasonings and fresh vegetables.

At this time of year we can harvest bok choi, arugula, spinach, beets, cabbage, Tanya greens and casava.  Accompanying your meal we have rice and peas and cassava bread.  For meat lovers we have local goat curry, souse and seasoned fish.

Some time will be given to enjoy a tall glass of local ginger beer along with a stroll along the crescent beach and amongst the excellent works in Aragorns’ art studio.  This trip is also a feast for the eyes.  Slowly wind you way back to the ship on your safari bus, we hope with the tastes of Tortola still lingering on your palate. –

There is still time to book for this exquisite experience, just call Angela at the Travel Agency (904) 491 – 0520 and she will take care of it for you.