Crystal Molchan in one of SearchAmelia's Interesting Locals - she has three wonderful sons, and is married to the love of her life, Bucky. 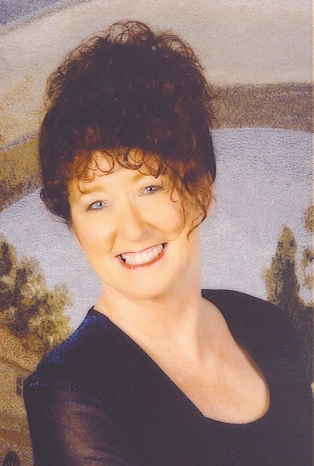 Crystal Molchan is a local actress, pirate, costumer and hair dresser. Her flare for design and fashion has permitted her to participate regularly at conventions such as Dragon Con and Mega Con, and she is looking forward to Amelia Con. These conventions bring groups of people, often dressed as their favorite characters from the worlds of comic books and pop culture icons, as well as exhibitors and artists.

Dressing in uniforms began in the Brownies and Girl Scouts and grew into becoming a Worthy Advisor in the Order of Rainbow for Girls, serving in the Grand Choir for Grand Assembly in Jacksonville and receiving the Grand Cross of Color.

Crystal participated in the Miss Teenage America Pageant as one of 60 semi-finalists for Jacksonville, and she was First Runner Up in the Miss Continent Pageant.

As a Head Majorette at West Nassau High School, she was in several clubs, but her favorite was the Girls Athletic Association where she was awarded most athletic playing basketball, softball and a little flag football, too.

About five years ago, she started doing impersonations starting out as Mrs. Lovett from Sweeney Todd and now she mimics Carol Burnett’s Cleaning Lady, and her character Starlett O’Hara – a take on Gone With the Wind. She also enjoys bringing to life the Red Queen from Tim Burton’s Alice in Wonderland, and Phyllis Diller in her stand up comedy routine at the Sunburst Convention. 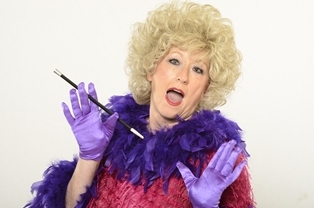 Crystal makes ALL of the costumes for her characters!

She landed the live theater role of Miss Effy, the busy body post mistress, in the musical The Spitfire Grill, has been cast as an extra in several local films, and enjoys life as a Pirate with her husband, Bucky, performing on the streets as Scarlett, her persona as a member of the Fernandina Pirates Club, Inc.

The Diary Of Preston Plummer, Filmed in Fernandina Beach, FL
The movie is set on the day of Preston Plummer’s college graduation, who cannot think of a single thing he really loves. Adrift, Preston follows a beautiful but troubled young woman to a small island town where he begins to fall for her, but it all threatens to fall apart when he uncovers her family’s dark past.
The film stars Trevor Morgan and Rumor Willis.

This was Crystal’s first casting as an extra in a movie, and even though she thinks the scene she was in was cut, landing on the editing room floor; she really enjoyed it. The actual shoot took about three hours in the Bosque Bella Cemetery where she played the friend of John, a character who sadly met his demise by his own hand. 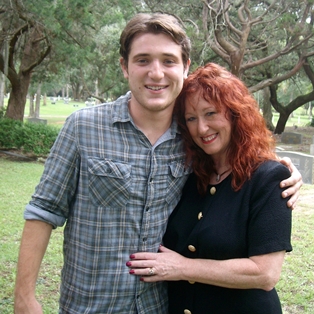 As his friend, she was in attendance of his funeral. No one really likes funerals and when the Reverend started reading from his book, Crystal began to cry and tears swelled her eyes, which made her think, “Gee, I can do this acting thing!” She knew at the time it was all fiction, but she said it felt like she was attending a real funeral.

Crystal told me it was truly exciting to meet the cast and have the opportunity to take pictures with them, which is usually a “no-no” on the set. She was even invited to the Wrap Party later that week and ended up at Hammerheads shooting pool with Rumor and Trevor.

The Diary Of Preston Plummer trailer: 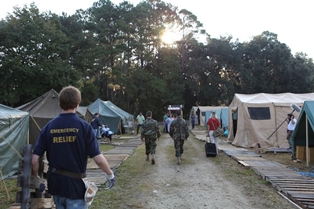 Eye Of The Hurricane, Filmed in St Mary’s, GA
An Everglades community struggles to put their lives back together in the wake of a hurricane.

“The day started off with a wardrobe screening, where we met with the costuming personnel as we entered the door.” Crystal told me. “We had been asked to bring several pieces of clothing so they could pick what they wanted you to wear. We signed a release form and then took a short bus ride to the location, which was marsh front with lots of tents… we were playing displaced survivors in a tent city.”

“It was hot and muggy just like after a large tropical storm or hurricane. You know, you always see these things on television and think to yourself, ‘I am so thankful that did not happen to me’, and being there made you feel like you were in the real moment.”

Crystal met two young men at this shoot and they instantly formed a family, pretending she had lost her husband and they had lost their dad.

This experience too, lasted about three hours. A huge ariel camera filmed the family playing cards when the word “Action” brought everything to life.

One of her sons reached over to hug her and said, “I miss dad.” Crystal had to stifle her laughter knowing no one was allowed to speak while they were filming.

Eye Of The Hurricane trailer: 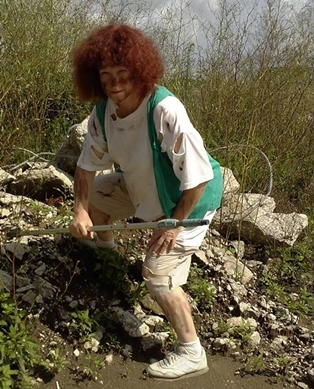 Preserve, Filmed in St Mary’s, GA
170 years after a disaster has driven humanity underground, a group of four emerge to the surface and soon find themselves running for their lives in a harsh and unwelcoming world.
The film was written by Wayne Degan and directed by Brandon Herron.

In this film Crystal was instructed to wear tattered clothing which she distressed by putting them in the mud and walking all over them. Her clothes were such a mess, on the drive to Georgia she silently hoped she would not be stopped for a traffic violation and find herself having to explain her attire to a police officer.

Upon arrival the extras were seated for their “underground” makeup and then briefed about the scene they would be filming at an abandoned warehouse, the old Gilman Paper Mill. The small group practiced walking with purpose, angry and mean, like they were after someone. That scene was filmed from a small helicopter with a camera attached to it. Then they were split into two groups and directed to block the doors of the warehouse only to find the people they were hunting had already fled the location. The group was given a water break and then briefed again. This time they were to enter the building, tear it apart and burn it down. Three takes later and they were done. The actual burning of the building was done once the actors left the property.

Crystal said this was by far the most exciting shoot she has been involved in. She said, “Everyone was so nice and friendly. I was even told I looked scary, which was what I was supposed to be.”

This shoot was so much fun they filmed an “out take” doing the Harlem Shake:

When asked if she wanted to participate in more films, Crystal replied with an avid, “Oh, yes!!!”

Crystal Molchan in one of SearchAmelia’s Interesting Locals – she has three wonderful sons, Jon, Mike and Alan and is married to the love of her life, Bucky. She has two grandsons, Jessie and David and said, “I wish one of the boys would give me a grand-daughter.”

She feels blessed with the opportunities she’s found in life and recalls walking the Red Carpet at Disneyland, in Anaheim, California with the cast of Pirates of the Caribbean.

Crystal credits her parents with her happiness. “I have my mom and dad to thank for all of it, for the values and for setting my feet on the path that I live today. My mom for pushing me and giving me the encouragement to get on that stage of life and do the things I wanted to even though I was afraid. To my dad who always said to me through the tough times, ‘The good Lord will never put on you anymore than you can handle.’ I have always lived my life by that and somehow, I came through it alright.”