Steve Nicklaus is a fun guy to join for a couple of cold beers, and his columns are well written, interesting and amusing. 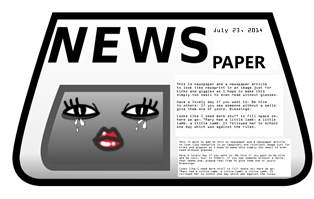 Dave Scott’s column hit our inbox a little later than usual, but that is fine with us! This week he discusses his feelings about Steve Nicklaus and his recent comments in Steve’s recent columns. Enjoy:

Steve Nicklaus, an island financial adviser who writes a weekly “Steve’s Market Place” column for the Fernandina Beach News-Leader, is an entertaining and fun guy to join for a couple of cold beers, and his columns are well written, interesting and amusing.

I’ve discovered that he is most always factual and rarely lets things get by him. That’s why I was surprised by two of Steve’s recent columns criticizing former Fernandina Beach City Commissioners for a variety of issues that were, in fact, not of their making and giving credit to current commissioners for good works they don’t deserve. In fact Steve just flat out got a lot of the facts wrong or he got them from a source that spun a distorted view.

Golf Course: Steve says the former commission gave Billy Casper Golf a “lucrative $100,000 annual contract that does not contain performance clauses”. In reality the contract is for $84,000 and the RFP (Request for Proposal) and Casper’s proposal contain a lengthy list of clearly stated performance requirements. What Steve should have asked is why the current commission and the city manager aren’t enforcing them and why did this city manager and commission disband the unpaid Golf Course Advisory Board, a group of dedicated golfers who added oversight and know more about the course that the five current commissioners and City Manager Joe Gerrity combined. The RFP itself (10-100), is available at City Hall for those who want to read it, and if Sara Pelican thoroughly read the contract as she recently stated, then perhaps she needs to take a reading comprehension refresher course. There’s probably only one sitting commissioner that knows one end of a golf club from the other.

Downtown Twinkling Lights: They don’t twinkle and never have. Yes, they were removed, but for tree trimming purposes and it was thought that after they were taken down they could be replaced by ground-based lights, a move that two former commissioners tell me they regret as that certainly didn’t work out well. Lights were reinstalled in the trees, not by this current commission, but by the efforts and funds of former mayor and commissioner, Beano Roberts, who deserves a standing ovation.

Impact Fees: Steve says the past commission “secretly assessed $800,000 in impact fees on local restaurants,” when in fact nothing was done in secret since all decisions on impact fees were public. Interested citizens can simply go to the city website and key in “impact fees” in the search field and a fee schedule pops up, not a very good place to keep secrets. However, I do agree with Steve when in his July 9 column he called impact fees “anti-capitalistic fees on new business.”

Felix: Steve says the past commission tried to restrict Felix, our peanut-selling, harmonica-playing, bike-pedaling pal from selling his products downtown. But the city staff blew that one and the commission was late in stepping in and fixing it, but it did get fixed, as it should have, after a great public out-cry.

Forward Fernandina: Steve says the commission “pushed through a $15 million downtown restructuring plan without allowing citizens to vote on it.” The $15 million number appears to have come out of the air with even Commissioner Pelican who was on the commission then, mentioning it but failing to say that she may have heard that number from one of the voices in the head of Commissioner Pat Gass. In fact the resolution was for $6 million, with $2 million eventually being borrowed. In Section 2 of resolution 2011-11-8 signed August 11, 2011 it says “The City of Fernandina Beach City Commission authorizes and directs the city manager to proceed with the implementation of the Strategic Plan which will be funded through non –ad valorem resources including a revenue bond/ bank loan proceeds not to exceed six million ($6,000,000.00) dollars to be made in up to three draws by 2015.” Part of the money was earmarked for the library expansion, which the current commission is now taking undue credit for following through on. Oh, and don’t we elect our elected commissioners to make important decisions for us without tossing them back at us in expensive referendums?

Airport Lawsuit: When the majority of the past commissioners were seated they inherited an airport lawsuit that was already in mediation with a court appointed mediator. They did not, as Steve implies, fight and lose the court battle, as decisions had been made four to six years previously by former commissions to enter into a lawsuit, and by this time is was in the hands of judges and beyond anyone’s control.

Pursuing Taxes and Raising Revenue: Steve claims the past commissioners raised taxes and pursued revenues vigorously to grow government but fails to provide examples. He also conveniently leaves out the fact that the current crop of commissioners approved what may be one of the highest tax increases in the city’s history with a millage rate jump of 15.95 percent, the largest bump since the early 1990s, a rather startling omission.

The Current Commission Balanced The Budget: Um, OK, but he forgets to say that ALL Florida municipalities are required by law to “bring forth a balanced budget” something that decades of commissioners have done, good and bad. Steve’s claim is like saying they got dressed and came to work.

Boardwalk: Again, stretching to find any positive accomplishment by this current commission, Steve credits them with building the new boardwalk at Main Beach. But, as President Obama so famously said “You didn’t build that!” Money for the boardwalk was budgeted for a number of years and its construction was delayed by the Department of Environmental Protection, as the last commission worked to try to get it closer to the beach or at least in the same place as the old one. The boardwalk, like the library, fell into the lap of the current commission and trying to list any of this commission’s accomplishments is similar to listing Hillary Clinton’s while she was a US Senator from NY or US Secretary of State.

This coming election in November will be vital for the city and its residents. Two very qualified, energetic, enthusiastic and intelligent candidates will be challenging two incumbents that need to be shown the door.

Educator, mother, and community volunteer Robin Lentz is running against Sarah Pelican and former commissioner, businessman, and city restaurateur Tim Poynter, is running against the curmudgeonly Charlie Corbett. This city will be much better off without Ms. Pelican and the cranky, clueless Corbett and will, in my opinion, see a marked improvement with Mr. Poynter back on board and Ms. Lentz adding a refreshing new face.

I know both Ms. Lentz and Mr. Poynter and I truly believe that they will do more than bring a “to do list” with them to the commission chambers, but instead will work to draw up long-range, realistic goals that best serve the community and make the most efficient use of our tax money.

It’s time to break up the Curly, Larry and Moe majority that has turned the commission chambers into a burlesque venue, and get on with seriously representing the citizens of the city and run its affairs without the nyuk, nyuk, nyuk.