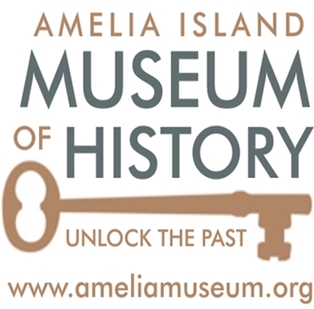 Monday, January 12, at 7:30 PM, the Amelia Island Museum of History will feature Larry Skinner as he tells you about The Diary of Molly Crichton at the Meeting of the General Lamont Duncan Clinch Historical Society.

In 1864 a sixteen year old girl, named Mary Louisa Crichton, also known as “Molly,” began a diary. It was the last year of the War Between the States. Molly was the daughter of Alexander Crichton, one of the original signers of the State of Florida’s founding Constitution. In her young life she had experienced her father’s death, a move to Fernandina Beach with her mother to live with her grandfather, who was postmaster before the War, and she escaped Fernandina just before Union troops arrived. Now, at 16, she was living in Waldo, as a refugee from the war.

Skinner will relate his research from Molly Crichton’s diary during the last year of the war. During this year she was to meet her future husband, and lay the foundation for a family who would settle in Nassau County and become one of the leaders of the community in western Nassau County, and whose descendents still live here today.

We hope you will come to the next meeting of the General Duncan Lamont Clinch Historical Society. The meeting will be held at the Amelia Island Museum of History on Monday, January 12th at 7:30 PM.