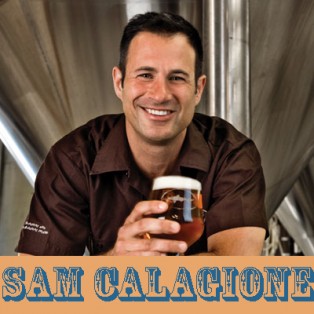 November 21, 2010, the new Discovery Channel craft brew series, Brew Masters, premiered. Its host: Sam Calagione, the owner and master mind behind the highly successful Dogfish Head Brewery out of Delaware. The hour-long show opened on a Sunday night, but is scheduled to show Monday nights at 10:00 p.m. from now on.

Flashback to December 2009, my husband and I were sitting next to each other at our dining room table. We had just finished dinner and were talking openly about our dreams; a lone sheet of notebook paper lay between us. “Number one, Go Skydiving,” he suggested. I immediately agreed and jotted it down. My turn, “Number two, Volunteer in a foreign country.” I didn’t even look up for his approval before writing that one down. He interrupted my writing, “Number Three, Shake Sam’s Hand.”  I could hear his smile. We looked at each other and just stared into our own thoughts for a moment. We were talking about the same man that would be starring in the illuminating TV series, Brew Master, the following year. It was such a great idea. I couldn’t stop grinning as I wrote out the name: S-A-M. We were permanently engraving our bucket list with the biggest, boldest, most innately satisfying experiences our minds could think up.

Okay. It wasn’t until this year, around summertime of 2010, that word of Brew Masters even hit the public airwaves. So, how was this small town beer man so high on our to-meet list? We had downloaded an early-2009 documentary and watched it scene-by-scene. As each reality of the capitalist system driving today’s beer market was revealed to us, we twinged with disgust and became more biased and appreciative towards small beer. 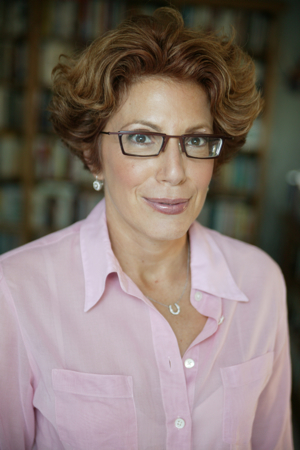 The movie, entitled Beer Wars, explains on the most basic level the problem with our dog-eat-dog beer distribution system. In essence, the entire system, from the bottom up, is designed to benefit the top three breweries, Bud (Anheuser-Busch), Miller and Coors – supposedly the most American beverages, yet none of which is a U.S.-owned company. The film’s writer, director and narrator, Anat Baron, won over her audience with a matter-of-fact, no-BS approach to exposing the corrupt beer system for what it really is – an unregulated feeding ground for greedy CEO’s and politician’s partial to fat lobbyist paychecks.  Her good-looks and ironic allergies to alcohol accentuated her stage presence even further.

Amidst the grueling unraveling of “the system”, my dear readers, is where a star was born. The beer star’s name: Sam Calagione. Yes, the same Sam with the same hand that my dear husband and I would decide to shake just months later. Despite Sam’s growing small beer “empire” (and the exposure it reaped from being in the spotlight), Sam still represents the purest form entrepreneurialism and opportunity. His grassroots, liberal approach to doing what he loves is as much about the flavor, aroma and quality ingredients behind his beer as it is about the story behind each brew and experiencing the journey toward creating each from scratch.

The Man Behind the Brew: 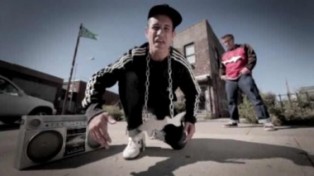 Beer idol, Sam Calagione, drops beats on the side.

As somewhat of a self-taught beer historian, Sam is known for his extensive research and the great lengths he goes to recreate ancient beverages and gather eclectic ingredients from around the world.  He’s constantly blowing the minds of beer drinkers worldwide with his off-centered creations. He not only deserves his own show on the Discovery Channel; I think he’s doing the general public a favor, educating and entertaining while using his creativity and witty, out-of-the box business model as inspiration.  Did I mention he’s a rapper? Check out a video of his work in this video.

Pangaea, a beer that symbolizes the unity of our separated land masses into the one original continent, Pangaea. Made with an ingredient from each continent, this brew’s worldly ingedients include: crystallized ginger from Australia, water from Antarctica, rice from Asia, Muscavado sugar from Africa, South American quinoa, European yeast and North American maize.

Theobrama (translated to ‘food of the gods’) is a beer that is, according to the Dogfish website, “based on chemical analysis of pottery fragments found in Honduras which revealed the earliest known alcoholic chocolate drink used by early civilizations to toast special occasions.” The brewery included the microscopic ingredients abstracted from the findings, cocoa powder, cocoa nibs, honey, chilies and annatto. The result is a beer surprisingly light in color (compared to say, a chocolate stout) and with subtle yet respectable tasting notes. If bottled and sold as a Bud Light, I might never have given this beer a chance. However, the story behind its creation and allowing myself to experience the illusion of legacy behind drinking this historical recreation is still one of my favorite guilty pleasures.

The second episode, Chicha, showed Sam traveling to Peru to learn the traditional methods behind making Chicha, a low-alcohol beer made from just water and corn – corn chewed with enzyme-rich human saliva. Sam had quite the task ahead of him. He had to bring his newly-found knowledge back to his Deleware-based brewery and convince dozens of his employees to munch and spit out the beer’s main ingredient, forty pounds of purple Peruvian corn. (Don’t worry, the spit gets cooked out in the boiling stage.)

The most recent episode of Brew Masters premiered Monday, Nov. 29 at 10 pm E/P. Sam traveled to New Zealand to make an indigenous brew for Beervana, the annual craft-brewing competition. Meanwhile, at the Milton brewery, fears of dumping a significant amount of Punkin Ale loomed when it ended up in the wrong type of glass bottle. In the end, the mis-bottled brew was unaffected but ultimately offered to all the hard working employees as a pay day beer option. When I heard every payday, workers get to pick up their check and a case of beer, I thought about sending in my resume.

Some would call Sam Calagione crazy; others would call him ambitious. He would just say it’s his passion to make “off-centered beer for off-centered people”.