Do Not Mix Explosives with Boats

Don't set off fireworks, firecrackers, or TNT while on your boat. Why? Explosives and boats just don't mix. 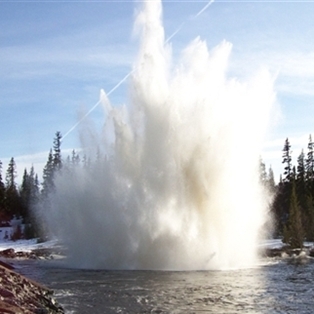 Do Not Mix Explosives with Boats

Don’t set off fireworks, firecrackers, or TNT while on your boat. Why? Come on guys, this is a no-brainer. Explosives and boats just don’t mix as shown in this example of a Boater Darwin Award as compiled by SafeBoater.com.

And the Darwin Award goes to…
In 1998, a man drowned in Fox Lake, Illinois after he and a friend inadvertently blasted a hole in the bottom of their rowboat with a quarter stick of dynamite. The two friends thought it would be funny to kill some fish by detonating an M-250 explosive into the water. Sadly, one of the guys was killed by the blast, although the other was able to swim to shore.

The Bottom Line: Explosives are designed to blow things up. If you don’t want to damage your boat or your body, leave the fireworks and TNT to the professionals.