Over the years, Indy has become my unconditional friend and my therapist. 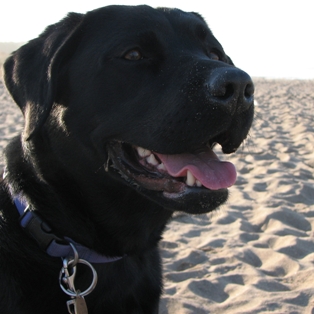 It all started July 4, 2006 when Michael, the youngest and most mischievous of our three grown sons, joined the family gathering. Something was different, though, as I contemplated his slow but deliberate entrance into our “couch potato” holiday arena.

A sheepish grin, all too familiar to us, was followed by the somber query, “Am I in trouble?” And then we saw it; a pint size cuddly ball of ‘Fuzzy’ that had been carefully and methodically hidden beneath Michael’s shirt.

The question was an important one because Michael was temporarily living in our home. “Nope, not a good idea,” I remarked as I tried not to show any favorable notions or emotions regarding dog ownership at our address. Many years had passed since anyone in our family had raised a dog from ‘puppyhood’ to… well… you know.

And let’s be honest. Whoever said, “There is no such thing as a free dog” knew the whole truth. A commitment to take care of another living being is a life-long plan to give unconditional love, regardless of the emotional, physical and financial expenses involved.

But the echo resonating from five simultaneous variations of the “ahhhh” word answered the question for me.

“Ok, Michael, but you are going to be responsible for this dog and he had better not make a mess.” It was done. Indy, our new free bundle of fuzzy joy, would stay and become a part of our family at my address, for the time being.

The first two years kept us (me) busy with exciting new exercises to be done in my spare time, which, of course, was ample. “I need a dog like I need a hole in the head,” I complained while my husband sweetly and cautiously gave me the I wondered what you were thinkinglook. But why didn’t somebody tell me about the endless piles of dog hair, toy stuffing, and the costs of furniture repair kits? And another thing! Whoever comes up with stainless steel thread for sewing re-stuffed dog toys gets my vote for the Nobel Peace Prize.

It was a beautiful, but very humid summer day as we were nearing the end of a four mile walk with the house in sight. Both of us were hot and tired and our gait had changed to ‘let’s just put one foot in front of the other, we’ll be there soon.’ Then something weird possessed me. I whimsically said to Indy, who was now directly in front of me, in my best Elmer Fudd impression, “Doe Tee Doe.” Immediately, as if on cue, his hips swaggered to an upbeat imaginary drummer, his steps picked up speed, while his nose remained at ground level and tail pointed up. It was hilarious and yes, I say it at the end of every walk now, with the same results.

It was becoming clear that nobody cares like I do. As the attachment set in with us (me), I learned to embrace the gifts Indy was giving us (me).

“Indy” (as in likes to run, Indy 500 with a squirrel pace car) was invaluable to me when in December, 2008 we were forced to “shutter” our family business. The construction of our franchise business, which opened on September 5, 2005, was a long, tedious and mentally overwhelming process, but still an exciting new adventure. We were the proud new proprietors of a popular retail store, the first of its kind, local ownership, right here, at home on Amelia Island. Wow, how good did that feel?

The economy challenged us to the core. We would need a lot more customers coming through our door if we were to stay in business. Closing shop was very stressful and expensive, but a good life lesson. What doesn’t kill you will make you stronger.

Through the good and the not so good times, Indy has become my unconditional friend, my best buddy, my shadow, my canine soul mate, my therapist. Our walks together during those cloudy days, and even today, represent a healing time for me, a time to reflect on what is important, a time to be grateful for so many blessings, one of which is Indy, born on Memorial Day, the son of Annabelle and Sam, Labrador Retrievers.

Thank you, son, for your gift. As we approach Mother’s Day and Indy’s 4th birthday, I hope you have figured it out. “No, you are not in trouble.”