Does Government Have Plans to Evacuate Gulf Coast?

More and more people are starting to question the government's intentions and whether we are getting the truth of the matter. 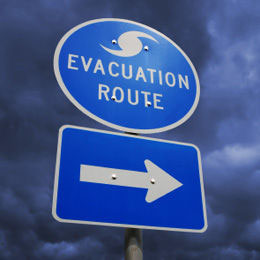 Why would I really Trust the Government any longer?

I had an opportunity to talk with a man yesterday who just happens to live on the coast of Alabama. He is retired now, but he and his family were once in the seafood business; shrimping to be precise. He shared that he was a hard working shrimper who never let an opportunity go by to drop the nets and try to earn a few dollars. His name is John and he was quick to mention that with him it was always God and family first, all else was not too important.

He was telling me all about the oil spill and how it is coming ashore. I told him I had seen the video on the evening news; his reply to that was simply, “You only see what they want you to see.”   He mentioned that he and his family were thinking of moving because of fears that there may be massive evacuations within the next few months. I was a little puzzled and asked him to explain. It seems there is a lot of chatter going around the Gulf coast now about how the toxic gasses that may be given off from the oil could cause an evacuation for the region. Even famed Erin Brockovic has been camping out in the Louisiana Bayou in recent weeks as these rumors persist. If this were to happen we are not talking about an evacuation like a hurricane would produce, where you come back in a few days. We’re talking perhaps a semi-permanent or permanent move, maybe to never come back.

I listened to this man and my thoughts were on how could the government pull this off? Where would these millions of people go? Could all this really have some truth to it? I did a little checking and sure enough I found several sites that suggested just what he was telling me. I could see how the residents along the Gulf could be very concerned for their future. It’s enough to worry about your family and property, but to think you may not only lose all of that but perhaps the entire region as well… well that is a tough nut.

So last night I caught myself watching the evening news and couldn’t help but think, is what I’m seeing and hearing really true?  I know there are many times we are not told the whole truth or a skewed representation of the truth. Is this one of those events that is also concealing deep dark secrets? I for one will be keeping an eye on the Gulf and what the future brings and guess what I’m slowly changing from a lifetime of believing to a very cautious individual. And I think America is too.