Does Obamacare Encourage the Incarceration Option?

obamacare under the microscope

The individual mandate clause in Obamacare has people in uproar. Here are the legal options if you want to opt out. 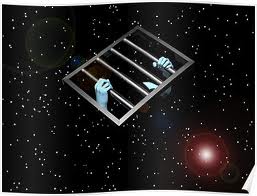 The Crime of the 21st Century; becoming Comfortably Numb

Being incarcerated in the US is starting to look pretty good; at least that is a conclusion that comes from studying the Obamacare Law. Let me back up a second and explain.

The first one to call me on the issue was my good friend and Blues Festival partner Jeff Malone, who asked what I thought about the Supreme Court’s decision/opinion that the US Congress does have the right tot tax Americans on what they don’t do. Of course we’re talking about Obamacare. More specifically about NOT having Health Insurance. Since then, many friends and family for some reason or another also asked my opinion on this hot topic, probably because I hail from a country where National Health Care has long been an established “government directed service”; the Netherlands. Well my personal opinion is that any advanced society should have a National Health Care program in place, but decidedly not one that is dictated by Government with no consideration for the essential human liberty called: having a choice to participate or not.

Here is a rudimentary rundown  for many out there who have no real clue about the consequences of Obamacare; and no I’m not talking about quality and price of healthcare, because that will always remain a matter of market conditions and supply and demand. If you have money, you can get great health care. If not, you may have a problem. Pretty much the same as with legal representation. If you have money you can retain a Dream Team of Legal Eagles. If you don’t, the court may direct you to a public defender, who in his spare time drowns himself in a bottle of Jack Daniels, because life hasn’t been fair to him.  So, keep that in mind when you decide to rob the local liquor store and become a candidate for incarceration.

You see that are certain groups excepted in the mandatory clause of Obamacare. For example, a convicted felon serving time is one of the few exceptions The Patient Protection and Affordable Healthcare Act, also known as ObamaCare, which became law on March 23, 2010, offers to Americans to refuse a private health insurance coverage.

As the Law reads: Any American who does not meet the ‘individual mandate’ to purchase private health insurance, will have to pay a penalty, up to 2.5% of his/her income, to the IRS.
This individual mandate was one of the provisions that was contested and argued all the way up to the Supreme Court: is it possibly Constitutional that Congress can penalize Americans… tax Americans…for something that they -don’t- do?
As it turns out, yes… at least, in the opinion of the court. So, within the law, there is a provision that requires all Americans to have private health insurance coverage starting in 2014.

And on Thursday June 28, the Supreme Court announced that Congress does, in fact, have the right to tax Americans on what they don’t do, i.e. NOT having health insurance.

But a rule is not a rule if it does not have exceptions…n’est-ce pas. So here’s the ironic part that pertains to incarceration and a  handful of exceptions to the individual mandate clause:

1) If you’re flat broke. The law stipulates that anyone whose income falls below 133% of the federal government’s decreed ‘poverty line’ can receive taxpayer and Chinese-funded Medicaid. I guess more and more Americans will go this route in the near future. Another question remains what do poor people do when they need medical assistance?

2) If you’re religion disallows it. There are a few recognized religions out there which are adamantly opposed to medical care. As such, people of these faiths are exempt from the individual mandate to buy healthcare coverage.  Don’t ask me why, but this is one of those mysterious relationships between church and state, I guess.

3) If you’re incarcerated. That’s right. If you’re serving prison time, you are also exempt from the individual mandate. Ironically, this means that convicted felons will have at least one freedom that the rest of us wandering around on the streets don’t have.
Oh yes, there’s actually one more exemption–

4) Expats. The law exempts any US citizen or resident alien who is not “lawfully present in the United States.” Well even this clause is a bit confusing and it would be good to explain which Americans fall into this category
What does ‘not lawfully present’ mean exactly?

Well there are three test criteria:
A) You are a resident of any US possession; right now this includes American Samoa, the Northern Mariana Islands, Puerto Rico, and the US Virgin Islands;
B) You are outside of the United States for at least 330-days in any 12-month period.
C) You are a bona fide resident of a single foreign country for an entire tax year.
This may partially explain why there is a substantial increase in US expats who are living full time (or most of the time) overseas.

So if you’re looking to ditch ObamaCare, you can either become destitute, change your religion, rob a liquor store… or start living a new life full of freedom and opportunity overseas.

Even if I would consider the liquor store option, as my friend Ric suggests, I have another dear friend who is serving time for a minor infraction, and he reports that the Florida Correctional System is running out of edible food and toilet paper, courtesy of Governor Rick Scott. And since I already lost my religion since Michael Stipe and R.E.M. recorded that song in 1991 as the opener of the aptly called Album “Out of Time”, I guess it’s time to start looking at overseas options before 2014 has passed.