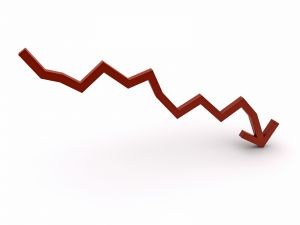 What makes this downturn different and more troublesome than its predecessors is the downside potential for consumer discretionary spending. The level of non-housing durable goods assets on household balance sheets, even after adjusting for the increase in the population and inflation, so we are looking at the ownership of “stuff”, is almost 20% higher today than it was during the last consumer recession in 1990-91 and 40% higher than the consumer recession of the early 1980s.

Economists, strategists and many analysts appear to be ignoring what “getting small” is going to imply for the trend in U.S. consumer spending, opting instead to catch the quarterly noise in whatever ‘green shoots’ they can manage to identify along the way. My advice for investors is to focus on the forest, not the trees. We are forced to interpret the collapse in credit we are currently experiencing as a secular event. Correctly assessing that reality is undoubtedly the key to the success for analysis over the next many years. Folks please try to block out the chatter on the CNBC‚Äôs of the world and accept that our government and Wall Street has taken us down a dead end road in a very bad neighborhood. Conserve your cash like a religious fanatic and think SMALL. Be careful, very careful.