Even with the recent price hike on admission prices, Disney World was packed full with crowds of international tourists! 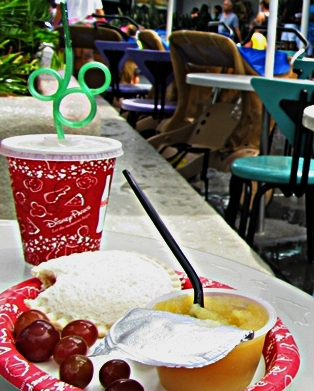 The economy at Walt Disney World’s Magic Kingdom is doing well. Even with the recent price hike on admission prices, the park was packed full with crowds of international tourists!

We drove to the theme park’s parking lot and were herded like cattle on wheels in an orderly fashion to our parking destination, Daisy 31. We walked with hundreds of strangers to the end of our parking rows and were greeted by an open air trolley that drove us to the Transportation and Ticket Center of the Kingdom. Once there we stood in a short line to purchase our admission tickets to the park.

I whipped out my Florida’s drivers license when we arrived at the ticket counter for my Florida resident discount. “There is no Florida resident discount.” I was quickly informed by the woman behind the glass. Ticket prices to the Magic Kingdom were $90.53 for those of us over ten years old and the ticket for my five year old grandson was $84.14, plus tax, for a total of $266.00 for three tickets. OUCH!!!

We slid our tickets into the turnstyles one-by-one and were required to give a fingerprint, too. That was a little too much “Big Brother” in my opinion, but rather than break the heart of a five-year old, I reluctantly slid my finger into the slot.

Gary Moore of IWatchSystems.com wrote this about the entry process, “Disney says that this is to prevent ticket fraud and officials claim that the company is not actually taking ‘fingerprints,’ but rather, mathematical representations of fingerprints, as calculated by series of points measured on a fingerprint. A little math never hurt anymore, right? Except when it can be tied to an individual’s identity, a record of their whereabouts, and corresponding physical traits. It’s a world of hopes and a world of fears, indeed.”

Next, we had the choice of being herded to the monorail or to the waterfront to catch a ferry boat to the park. We chose the monorail and systematically boarded the people mover that drove us through the center of the Contemporary Resort Hotel, then on to the park. 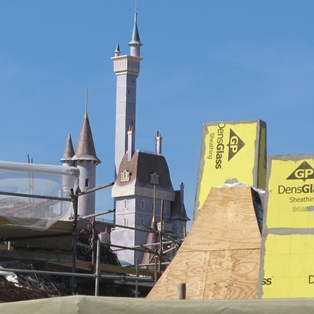 We had a great time, and by saving money on our motel room we had the extra money to spend on food, souveniers and other treats.

My daughter and I split an $8.29 cheeseburger for lunch, while my grandson dined on a peanut butter and jelly sandwich, grapes and apple sauce for $4.99. We could not pass up purchasing the straw bent into mouse ears for another 49 cents.

Our visit was in July, so it was hot and we were constantly puchasing beverages. A child sized box of apple juice was $1.89, soda was $2.19 and water was just as high. Splurging on a frozen coke for $3.69, I don’t remember how much the kids mouse ear ice cream or root beer float set me back.

We picked up a couple of toys and souveniers, but opted to buy our t-shirts outside of the park saving us a few dollars per shirt. Adorable Minnie Mouse, headband ears were $18.95 and the stuffed, plush Mickey was $19.95, not too bad. But the favorite toy of the day was our purchase of Woody and Buzz Lightyear parachuting figures for only $4.95 each. Of course, everything was an additional 6.5% for tax.

Despite our frugal day at the park, we left exhausted and fully satisfied with memories that will last a lifetime. We returned to the car knowing there were several bottles of ice cold water waiting in our cooler, and headed to our motel for a late night dinner of leftover chicken and tacos.

Yes, the economy is good at the Magic Kingdom and they are doubling the size of FantasyLand, part of the existing line up that includes Main Street U.S.A., Liberty Square, Tomorrowland, Adventureland and Frontierland. Most of the construction was hidden by large panels, but you could see a towering castle being built (possibly the Beast’s or one to house more Disney princesses) that looks to rival Cinderella’s grand home. There will be new attractions, rides, dining, shopping and a Storybook Circus, where they are adding another carousel to the popular ride, Dumbo the Flying Elephant. Most of the new experiences will be opening by 2013.